The annual LA Auto Show opened in Los Angeles on November 22.The latest innovations of the world car industry will be available for contemplation until December 1.At the motor show are presented as cars that will soon go into production, and concept cars, the fate of which has not yet been resolved.

We suggest together with us to evaluate the 10 major premier auto show in Los Angeles .The top ten included models from Mercedes, Subaru, Jaguar, Ford and other manufacturers.

This model is the latest in the legendary SLS series. A total of 350 cars will be produced, which can be bought during 2014.The model will be released in two versions of the body - a roadster and a coupe. Under the hood will be a V8 engine with a capacity of 6.3 liters with a capacity of 591 liters.from. The first copies of the limited edition will go on sale in February.

The new model has become longer by 20 cm, almost by as much increased space for the feet of the rear passengers. By the way, in the passenger seats a massage function is built in, and the backrest can be folded back by 17 degrees. If desired, the car is equipped with a panoramic roof.

The concept of the new generation of the crossover Ford Edge is much brighter than the predecessor. The appearance of the car became simultaneously more aggressive and more solid. Interestingly, the model can automatically park, and, to run this function, it is enough to press the button on the remote control. 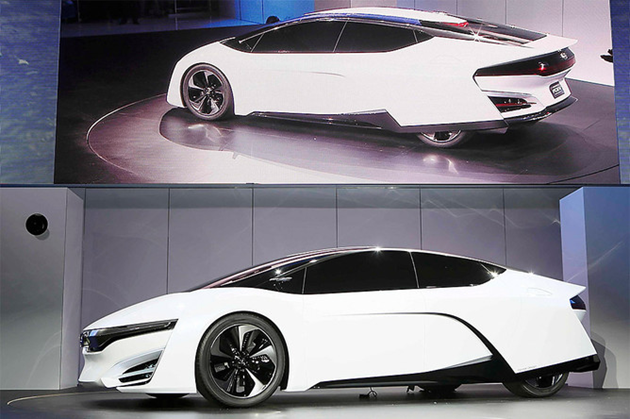 So far this is only a concept of a hydrogen car, but it is expected that in 2015 there will be a series production. An unusual futuristic design is complemented by an unexpected bundle. All components of the power plant are in the engine compartment and do not take up space under the floor, which makes the cabin as spacious as possible. 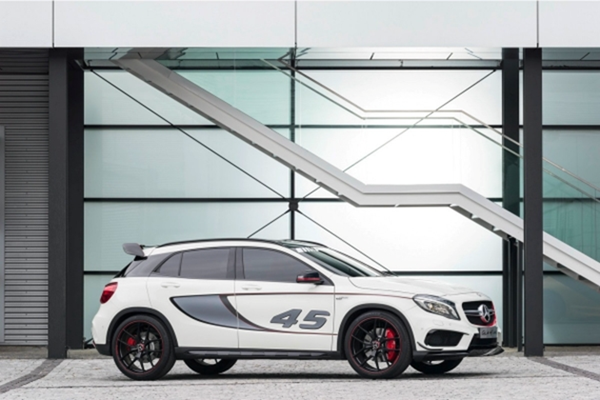 This car is equipped with the world's most powerful 2-liter engine, giving out 360 liters.from. In addition, the model has a 7-step robotic box AMG SPEEDSHIFT DCT with 2 clutches. Up to a hundred auto accelerates in just 5 seconds. 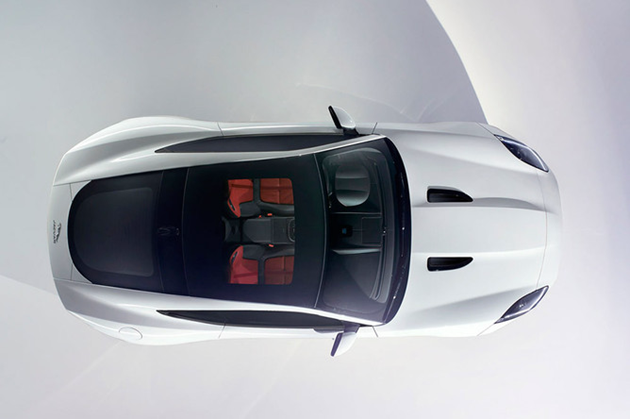 Coupe from Jaguar constructively repeats the roadster F-Type Convertible presented last year at the motor show in Paris. The body of the car is made of aluminum, and the roof can be aluminum or glass. In the top-end configuration of the R Coupe, the car will be equipped with a 5-liter V8 engine for 550 hp. 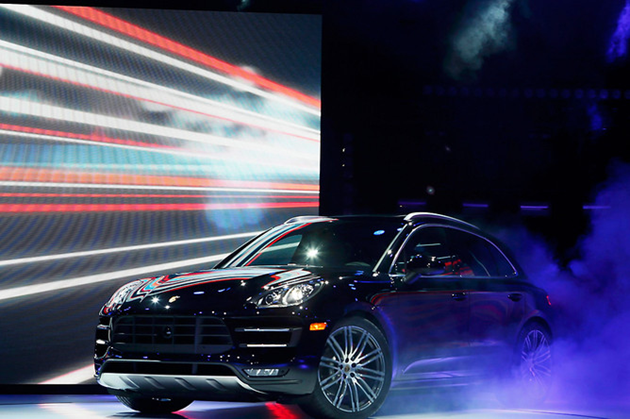 This model - is the smallest crossover from the Porsche ( its length is 4681 mm).Presented in Los Angeles car is made on the platform Audi Q3, but the external similarity is almost absent. On the market, Macan will arrive in 3 modifications: S, Turbo and S Diesel. All cars will be equipped with a 7-step robotic PDK box. The price of the car in the US will start at $ 49900. 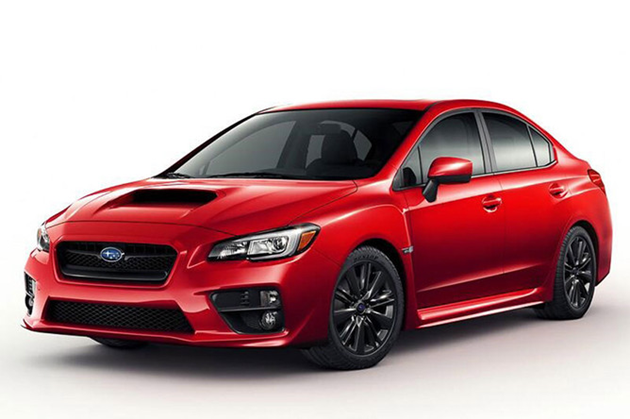 Sedan WRX looks like the model Impreza. Under the hood of the car is a 4-cylinder turbocharged 2-liter engine with a capacity of 268 liters.from. WRX will be equipped with a manual transmission or variator. Sales of the new model are planned as early as March 2014. At first the model was conceived exclusively for the video game Gran Turismo 6, which will be released in December this year. Therefore, the copy presented at the motor show is the only one in the world. Carbon-plastic car body has an exceptionally futuristic outline. Under the hood of the car engine V8 with two turbines with a capacity of 577 liters.from. Unfortunately, Gran Turismo is not planned to be mass-produced.

How to wash a wedding dress with rhinestones at home? March 23, 2018