At one time Panasonic was one of the first to enter the suddenly emerged market of multivarieties. The Japanese immediately bet on the quality of production. As a result, their devices serve much longer than the products of some competitors. Also, the Japanese know a lot about software. They can easily furnish their creations with a large number of modes, imprisoned for a variety of dishes. And over time, the so-called pressure cookers began to go off the assembly line - the food in them is prepared under pressure, which greatly speeds up the process. But let's move on to listing the best devices. 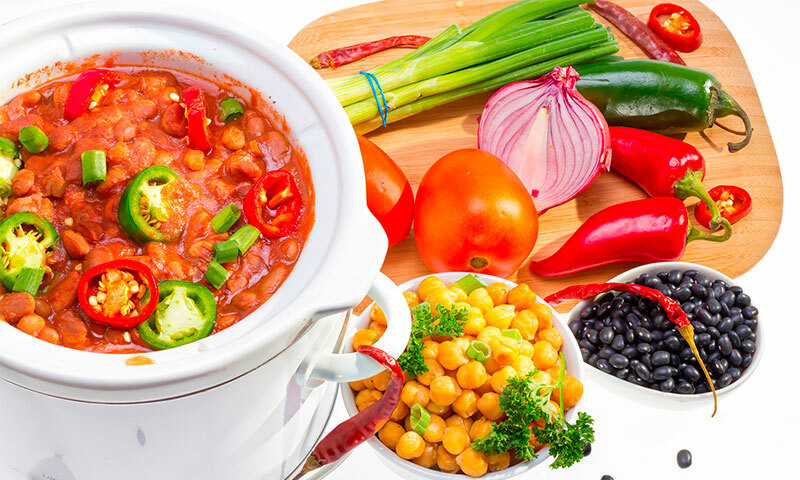 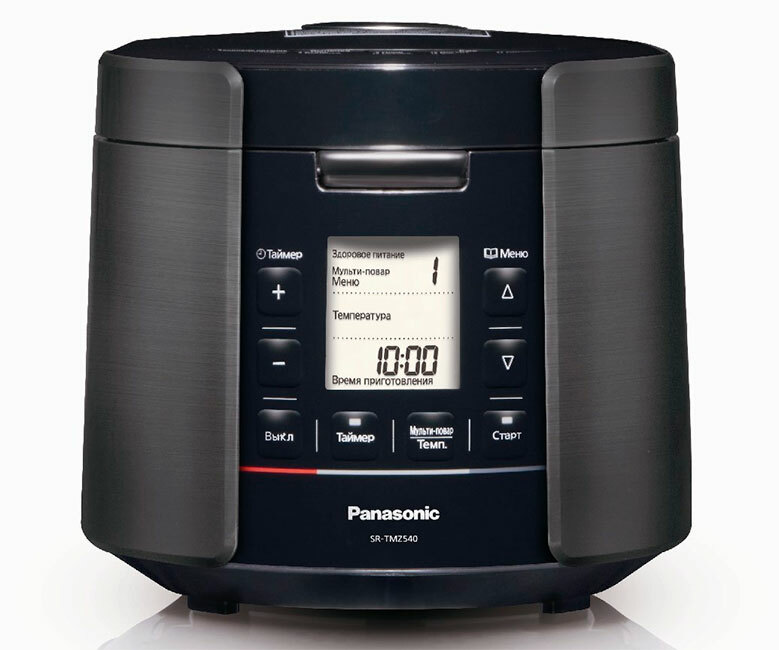 An elegant device almost entirely painted in coal black colors. Inside it is a five-liter bowl. Such a volume of cooked soup is quite enough even for a very large family. What is important, the bowl is complemented by handles, so it can easily be pulled out of the appliance immediately after cooking. The capacity of the multivark is 840 W, total in it are 22 automatic programs. If necessary, you can easily set the cooking time and temperature manually using the appropriate mode. 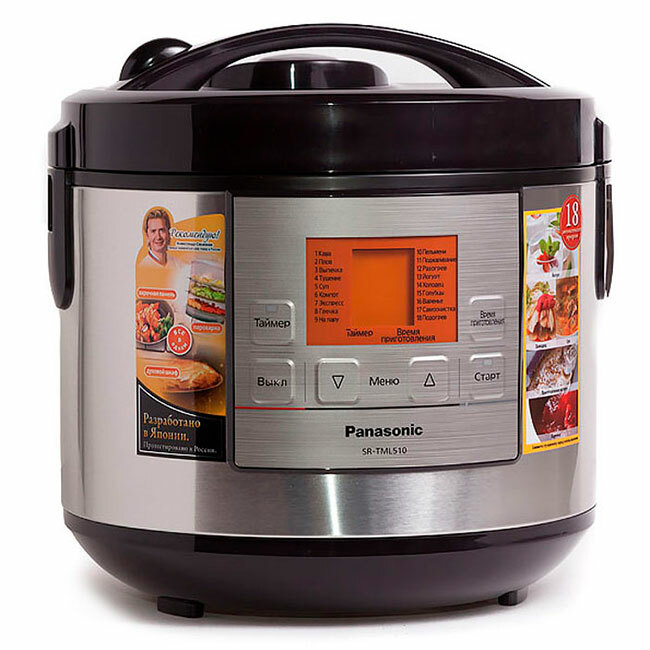 This is an excellent option for those looking for a relatively inexpensive multivark. In this regard, the device has a simple appearance, and the number of its automatic programs is reduced to 18. The device has a power of 670 W, which can not be called an insufficient parameter.

But the simplifications touched the bowl. She received a Teflon coating, but she does not have pens. Because of this, to remove it immediately after preparing the dish you will need mittens or at least a towel so as not to burn your hands. Another simplification concerns electronics - here the user can not manually select the temperature and cooking time. 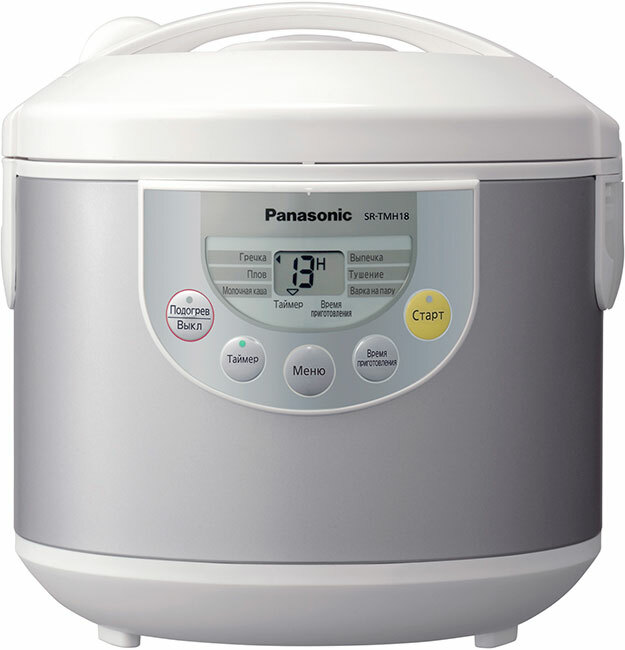 A multivark that is easy to master, the body of which is made of silver plastic. Inside the device is placed a Teflon-coated bowl with a volume of 4.5 liters. Unfortunately, the bowl is devoid of pens, because of what with its pulling out may be a problem. A few more disappointing is the number of automatic programs. There are only six of them here! But in the global web, you can easily find a lot of recipes that use a combination of these programs and set this or that cooking time.

Pleases the fact that the creators have not forgotten to realize the function of keeping the heat. This allows you to go to bed before you start cooking - when you wake up, you will find it warm. 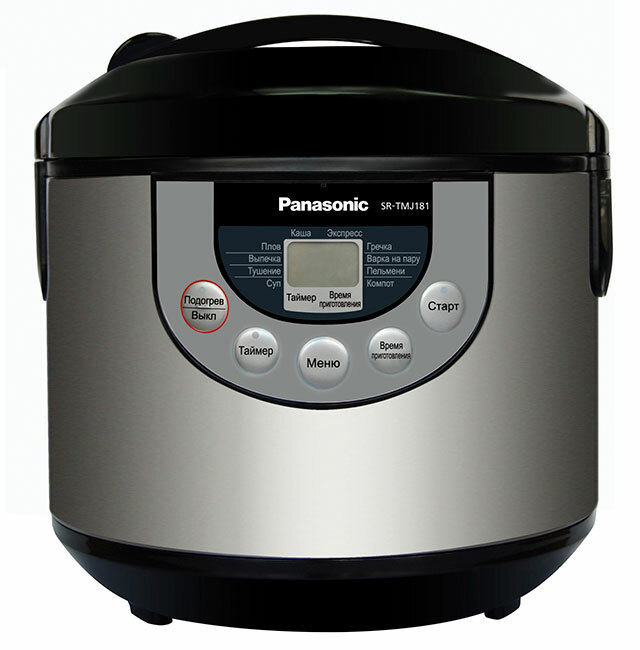 This model is distinguished by its metal body. He made the multivark quite heavy, but it will not spoil the interior of your kitchen. The device has a capacity of 670 watts, which is quite enough to heat even a completely filled 4.5-liter bowl. The number of automatic programs here is increased to ten - this was a good result for 2014.

The multivarka has a delayed start, it knows how to keep the dish warm. In the rest it is a typical Japanese device, which has a number of simplifications. For example, the manufacturer did not dare to introduce 3D-heating technology here. But most of all disappointing is the lack of pens on the cup, which greatly simplifies the taking out. 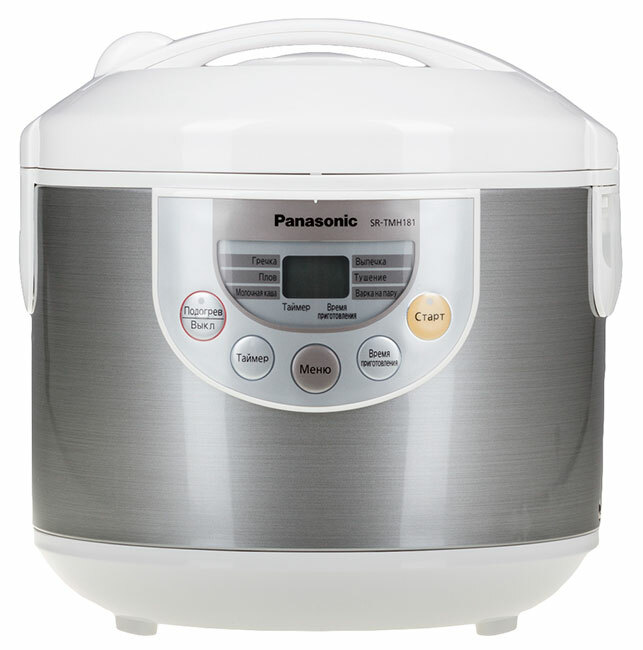 Another multivark that you should buy only with a large discount. Yes, it is endowed with 670-watt power. Yes, the bowl has a volume of 4.5 liters, which is enough even for a very large family. Yes, the device can keep the heat of the dish. But certain characteristics of the device will still disappoint you. For example, a multivarker offers only five automatic programs, and this by modern standards is very small! Also, despite the high cost, the device does not know how to cook under pressure. It is not realized here and, as you might guess, 3D heating. Grief also causes the appearance of the bowl - it does not have pens, and therefore pull it out immediately after preparing the dish - that's another puzzle. 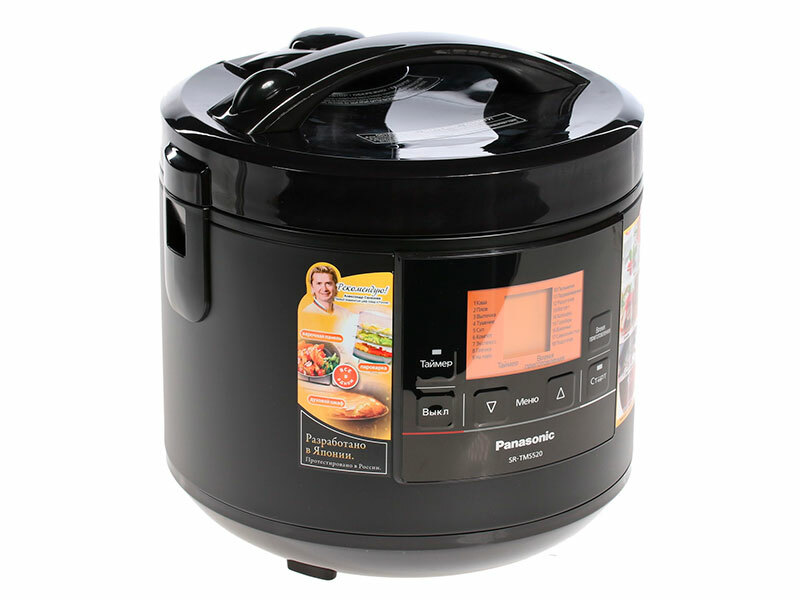 One of the few multivarieties that has a cute design. Its plastic case has a black or purple color. Such a device will certainly impress your guests who visited the kitchen. Inside the multivark is a five-liter bowl. Even if it is completely filled with water - heating will happen very quickly, since the power of the device is 670 W.

You can also enjoy the device with an abundance of various automatic programs. Some disappointment is only the lack of the ability to manually enter not only the cooking time, but also the temperature. In the rest, it's extremely difficult to find fault with this model. 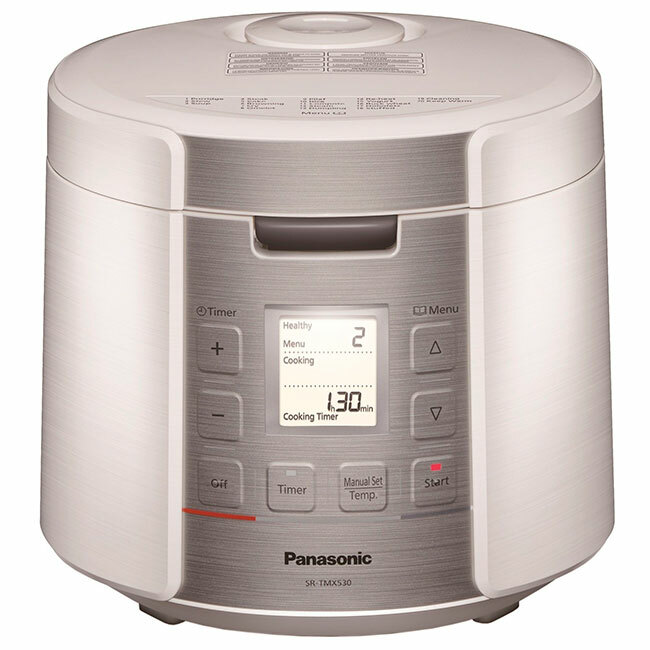 This multivark is the most expensive in the range of the Japanese manufacturer. It is also considered the most powerful, the water boils almost instantly - faster than in some electric kettles! But there is a very large bowl inside this device, the volume of which is equal to five liters! The device was released in late 2014, so do not be surprised that the bowl has no handles - such a design was invented by some manufacturers only a year later. But the Japanese have implemented in their creation 20 electronic programs! And if you feel the skills of a true cook, then you should like the separate mode: in it the temperature and cooking time are set manually.

Of course, the device has the usual already functions, consisting in deferred start and maintenance of heat. But 3D-heating is not implemented here. This is also due to the fact that the device was designed long ago, whereas this technology was developed around 2015.

Which multi-mount Panasonic to buy

1. Panasonic SR-TMZ540 is the best product of the Japanese company. The device is well-thought-out, lacks only 3D heating. The device has at its disposal a lot of automatic programs, and in addition to this the user can set some parameters manually. The volume of the cup also does not cause any complaints - it equals five liters.

2. Panasonic SR-TML510LTQ is a simple multivarker that contains 18 programs. There is no manual adjustment of the cooking parameters, just as there are no other advanced functions. Inside the device is a five-liter bowl with Teflon coating. She has no pens.

3. Production of Panasonic SR-TMH18LTW was launched in 2012.Since then, the device has managed to become mercilessly obsolete. There are only six automatic programs, the body is made of plastic, and the bowl has no handles. But all this does not bother consumers at all - the multivarker still enjoys a noticeable demand. We recommend buying it during Black Friday and other sales, when the cost of the device is greatly reduced.

4. Panasonic SR-TMJ181 is one of the lightest multivarieties among those equipped with a 4.5-liter bowl. At the same time, the creators provided the device with a metal casing, thanks to which the multivariate fits perfectly into the interior of any kitchen. To confuse the same buyer can only be too high cost - for similar money other manufacturers offer more functional devices.

5. The Panasonic SR-TMH181HTW is also quite expensive. But we can not fail to note the excellent design of the product, as well as the durability of the multivark. Many buyers note that at some points they do not have enough of the number of automatic programs available here. But with its main task the device copes perfectly - otherwise it would not have got into our collection.

6. The best choice is Panasonic SR-TMS520KTQ.This multivark is not too expensive, but it has a huge number of automatic programs. Also it looks great - such a device will not spoil the interior of your kitchen. Although instead of the plastic case I would like to get metal, which is more reliable.

7. The Panasonic SR-TMX530WTQ has a space cost. But during all actions the device is sold at a discount - then it is recommended to buy it. In this case, he will not disappoint you exactly. There are all the necessary automatic programs, and if necessary, you can set the temperature and cooking time yourself. In a word, this is one of the best multivaroks from a Japanese company!