10 of the most beautiful rivers in Russia

There are no natural attractions in a vast territory that is surprising in its size of the Russian state. Some of the adventurous travelers are exploring the secrets of dense coniferous forests. Others can not imagine their lives without a day's rest on transparent lakes rich in fish. Still others go on fascinating river cruises.

The beauty of Russia's rivers, like no other memorials of nature, largely depends on how diverse the surrounding landscapes are. It is also important that Russians have a much greater choice than many other nations. But nevertheless there are some small rivers, the beauty of which is well known both to compatriots and foreign guests.

To passionate admirers of alloys, we will like the 221-kilometer Chirka-Kem - located in the northern part of the taiga Kareliathe river of Russia. It will please fans of active pastime with an abundance of rapids, which turn into waterfalls in the winter. The river surprises with its "character" - then it is calm and slow, then suddenly rough and fast.

Not every traveler will have the courage to go to severe Yakutia to get acquainted with the natural landscapes on the shores of the 1726-kilometer Indigirka. In these parts, in the deserted forest-tundra and taiga forests, once rushed gold miners. Now those who are not frightened by the severity of the arctic desert or casting the gloom of the tundra want to get here. On this river, in Oimyakon - a tiny village, a pole of cold has settled down.

No large river of Russia has such a large number of cities and other settlements located on its shores, like the 3530-kilometer Volga, one of the longest rivers in the world, representing several reservoirs that pass into each other. There are as many as four metropolises, the population of each exceeds a million inhabitants. Their attractions and picturesque landscapes attract fans of river cruises here.

Thanks to the novel created by the genius M. Sholokhov, many travelers know about the features of the Don. The 1870-kilometer river of Russia really calmly and slowly carries its waters along the spacious European plains. Participants in cruises from hospitable Rostov-on-Don to the Russian capital have long appreciated the modest beauty of forest-steppe landscapes that meet along the way.

Taking its start in the uninhabited Northern Urals, the 1809-kilometer Pechora flows for a rather long time as a fast mountain river. But then, closer to the forest-tundra, its water slows down its run. It amazes with the abundance of diverse fish and the beauty of landscapes. It is impossible not to admire the high green hills and slender rocks reflected in its smooth surface. The decoration of the river is also the statue of swans, who often come here. 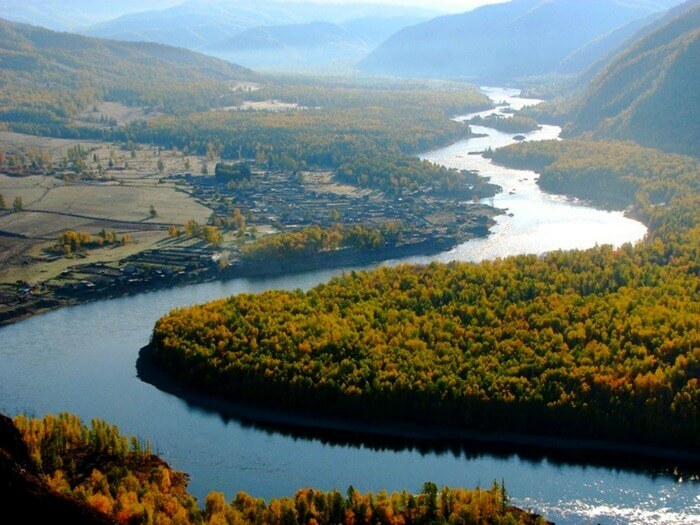 Considering one of the most powerful and full-flowing rivers, the 3487-kilometer Yenisei is constantly exposed to human pressure. This is evidenced by several hydroelectric power stations built in different years, and other industrial facilities. Particularly beautiful is the recalcitrant river of Russia during the spring ice drift, when almost a month along its bedrock solid blocks are running, producing a roar that frightens foreigners who arrived. Yenisei is one of the best rivers in the world for cruising. 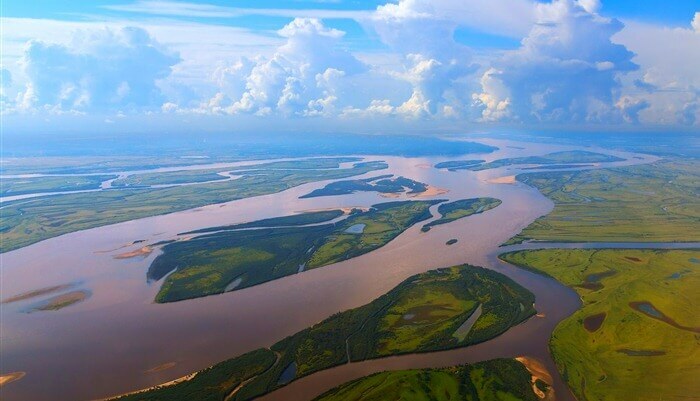 Passionate fishermen have long been aware of the diversity of fish that live in the waters of the 2824-kilometer Cupid. Here there are 108 varieties of river "inhabitants".Some parts of this frontier river of Russia - above all those above Khabarovsk - are more like lakes. Especially deep-water Cupid becomes in the period of spring floods. 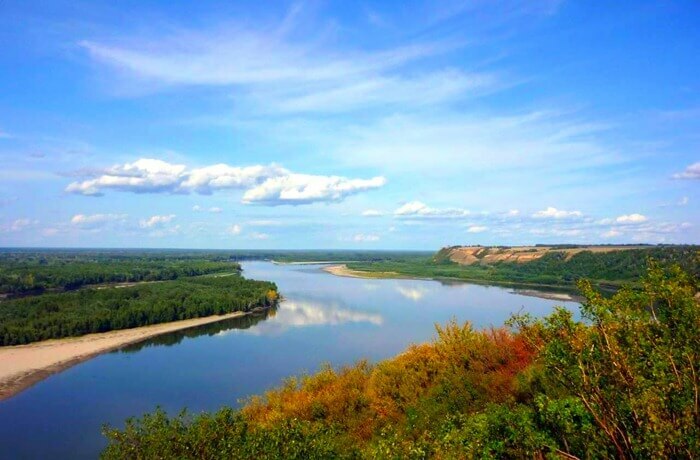 Numerous bridges in Novosibirsk, Barnaul, Surgut and other West Siberian cities make the 3650-kilometer Ob one of the most beautiful rivers in Russia. Thanks to the taiga plains located on its shores, this area acquires a view worthy of the paintings of the painters. The Obskaya Bay seems to tourists like a sea, surprising with colors of motley sunsets and dawns reflected in the water. 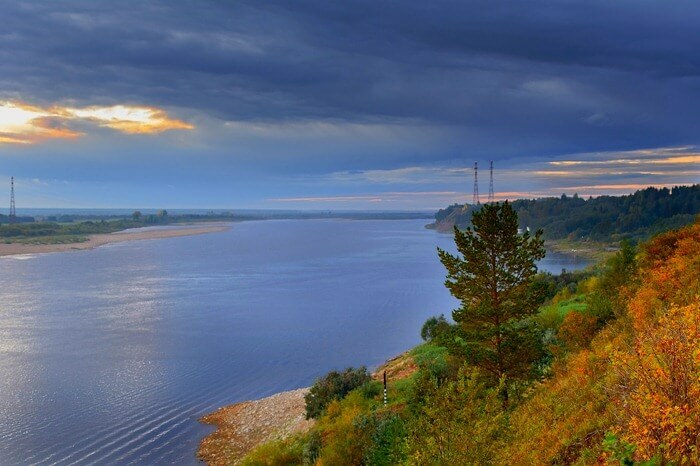 Once in villages located in the vicinity of Arkhangelsk, they talked a lot about a wandering river - the so-called Northern Dvina because it changed its course. Now this 744-kilometer river flows slowly through the vast Arkhangelsk region, starting near Veliky Ustyug. On its long shores, many recreation centers have been built for those who like fishing, river alloys and for those who can not imagine a vacation without picking berries in dense taiga forests. 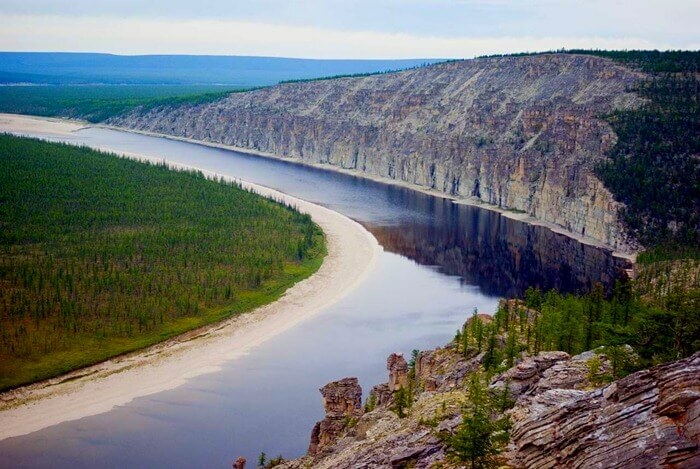 This beautiful full-flowing river of Russia originates about 15 km from the scenic Baikal. Its delta is equal in area of ​​the territory of the Moscow region. Flowing through extensive North-Eastern Siberia, the 4400-kilometer river slowly carries its waters past deserted taiga forests, abandoned villages, green meadows and silent tundra covered with low shrubs. Travelers climb into these places for the sake of the Lena Pillars - 100-meter vertical rocks stretching for about 40 km along the coast. No less interesting are the unexpected for this edge Tukulans - bright brown sand dunes on the shore near the place where the fastest Buotama flows into Lena - a relatively small influx.

The less people intervene in the natural processes occurring in nature, the more beautiful the landscapes and landscapes surrounding the cities and villages. This applies to several rivers in Russia, who were lucky that they are in remote and uninhabited areas of vast Siberia. Consequently, most visitors come here who appreciate pristine nature, which civilization has spared so far!