Spin-off - a story that did not occupy a central place in the original work( book, comics, film, etc.).

Spin-off movies rarely go unnoticed. We either love them or we hate them. Some films are designed to revive the franchise, the task of others is to expand our knowledge of this or that fictional universe. One of the most anticipated spin-offs of 2016 is "Fantastic beasts and their habitats".This movie has already been released.

And we present to you the top 7 most anticipated spin-offs of 2017-2018 years , which are waiting for us in the future.

The Fox studio had problems with their X-Men series as a result of the low box office fees of the Apocalypse and information about Hugh Jackman's forthcoming rejection of the role of Wolverine. Now it's time to create a spin-off with an emphasis on new heroes. It is expected that the characters will appear in the film as Wolf( werewolf), Magica( Colossus's sister from "Deadpool"), Cannonball, Mirage, Sunshit, Storm and Professor H.

Franchise "Hunger Games" alwayswas focused on Katniss Everdin, but now the creators of the series want to make a film, the action of which will unfold 70 years before the events of the original parts. The story will tell of the rise of Panem and the leader of the Capitol.

In the new film, which the producer of the franchise hinted, all attention will be focused on DSS agent Luke Hobbs, played by Duane Johnson. According to Johnson, his hero in the seventh "Fast and the Furious" had nowhere to turn around, and the audience wanted more. He has already confirmed his participation in the eighth "Fast and the Furious", which is scheduled for 2017.Perhaps the spin-off will follow.

John Snow is one of the favorite characters of the "Game of Thrones", the series that leads the ratings for several years. And the HBO television channel does not want to miss the opportunity to exploit the popularity of a potential candidate for the Iron Throne. Already aware of the plans to create not even a movie, but a whole series in which Keith Harington( the actor who plays John) will be given the main role. Preliminary talks between HBO and Harington about the series began after he pledged to keep a secret about the resurrection of Snow in the sixth part of the "Game of Thrones."

The successful partnership between Hasbro and Michael Bay provided a frantic success to the film with the heroes of the popular late-20th century toy line. Thanks to the hurricane action and nostalgia for the 80th, four films of the franchise have collected just under $ 4 billion worldwide. The most cash in the series was the tape "Transformers: The Dark Side of the Moon".In 2017, a fifth of the "Transformers" will be released, Michael Bay has already reported. And after him comes the story of the charming Autobot Bumblebee. Her exit, if all goes according to plan, will be held on June 8, 2018.But whether it will be his director Bay or let the other into the chair of the "chief" - time will tell. 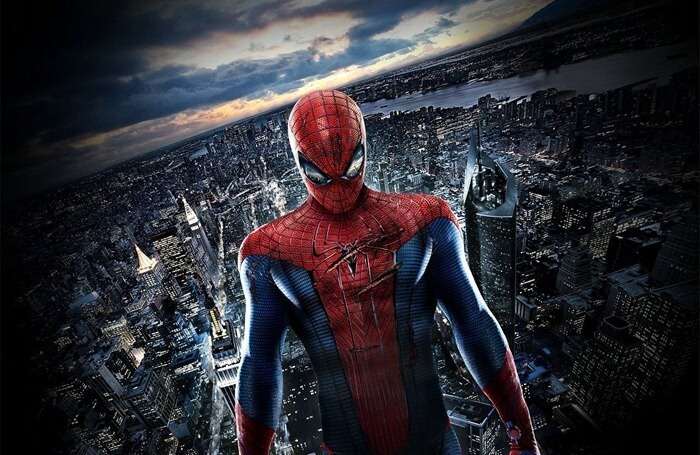 Spiderman is able to weave an amazingly strong network that keeps the fans tight and forces them to line up in big queues in theaters. Trilogy Sam Raimi collected more than 2.5 billion dollars. Just one movie in 2007, "Spiderman 3" in the world box office grossed $ 890 million.

In 2016 it became known that Marvel Studios together with Sony took up the project on "Venom".It will be developed separately from the next Spiderman, in whose role Tom Holland will act. According to rumors, to resist Vienna will be Carnage. And the film will receive a rating of R. 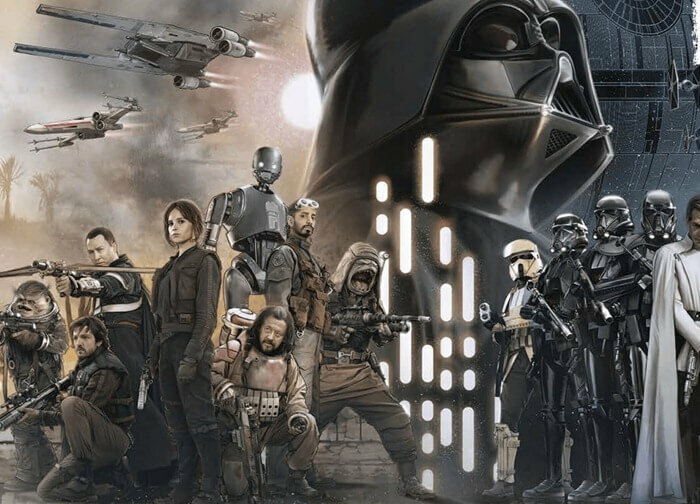 The rating of the most anticipated spin-offs is the story from" Star Wars ", far from the Skywalker family. One of the best films of 2016 should be released on December 16, 2016.The plot will revolve around the Resistance fighters. Their task is to steal the drawings of the first "Death Star" before work begins on it.

Darth Vader will appear in the film, but in the role of a secondary character.