Top 10 ugliest hotels in the world

There are so many hotel options around the world that architects, designers and hoteliers are faced with the ever-increasing need to make their creation as special as possible. Experiments with design sometimes lead to unexpected results, when you look at which you want to close your eyes, shake your head and forget like a dream. However, as they say, beauty in the eyes of the beholder and even in ugly hotels can be full of guests.

Introducing the top-10 most ugly hotels in the world according to the version of The Telegraph .The full list includes 24 hotels, we selected the most "attractive" ones.

The themed hotel in the form of a Chinese pagoda, surrounded by a completely European fortress wall. Located next to the E4 motorway near the town of Gävle( Sweden).He is the brainchild of Chinese billionaire Jingchun Li. The construction of the Dragon's Gates took more than 10 years.

The ridiculous, almost prison "appearance" of the building, not to mention 200 replicas of terracotta warriors, is unlikely to allow the hotel to win a beauty contest.

Last year, plans for an unusual hotel in Edinburgh received a green light, despite objections from local groups. Telegraph conducted a survey among readers about the design of the hotel and opinions were divided: 29% expressed their opinion on the project positively, 16% saw some potential, while 55% believe that the hotel looks "awful - like a giant, ugly plombir".

The architect of this Dutch masterpiece was inspired by traditional green houses in Zaandam. It's unclear just why he decided that a good idea would be a heap of miniature copies of such houses on each other.

The 105-storey hotel in North Korea has earned such nicknames as "Hotel Doom" and "the worst building in the world".It is not yet in operation, although it is completely completed.

This is a whole complex of hotels in the Bahamas, which resembles some kind of construction from the Disney film and is, in fact, a mini city. It has water attractions, swimming pools, a dolphinarium, restaurants and many other pleasant and necessary facilities for visitors.

The hotel in Manchester( UK) occupies the half of the Beethama Tower, which dominates the city skyline and looks like a huge Playstation, dropped on its side.

The largest( and also the most flashy colored) hotel not only in Malaysia, but also in the world hospitably opened its doors to 7.351 guest rooms. Presumably, the riot of color is intended to raise the mood of guests, but this is unlikely to improve the mood of those who prefer elegant colors to the option "splash all the colors on the wall and look at the result." 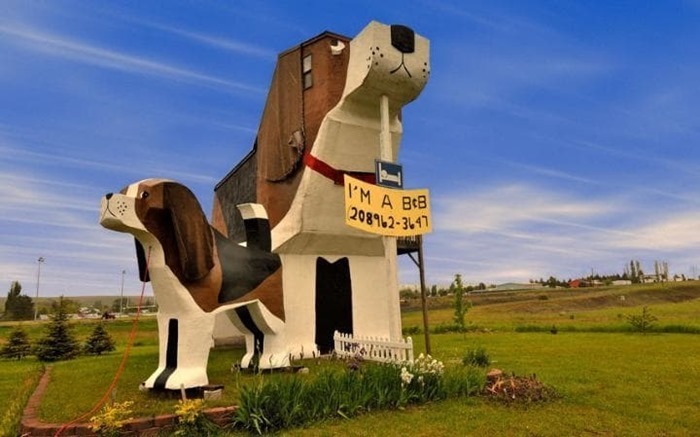 Opens the top three hotels with the most ugly design in the world. Dog Bark Park Inn is located in Idaho and settles in it will want unless a convinced biblefil. The appearance of the institution( two huge beagles) vividly recalls the Pets of the Expressionist. This morose gray building is located in Mytpaking in New York and is ready to offer its guests a rooftop bar, winter skating rink, free Wi-Fi, and even free bike hire. Anything to distract attention from the tasteless façade. 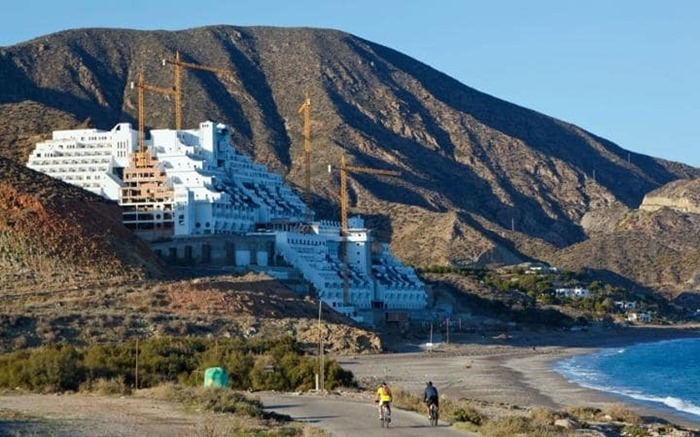 Topped the rating of the most ugly hotels impressive both in size and design in the construction in Almeria( Spain).It was due to open in 2006, but the Spanish authorities recognized the construction as illegal. Not because the building was too ugly, but because it was built too close to the sea, and inside the protected national park of Cabo de Gata. The hotel was supposed to be demolished in 2014, but this decision was canceled, and the construction could still be completed. Unfortunately for visitors' eyes.

The most titled Olympic champions in history March 22, 2018