The most spectacular movies about battles without rules

Fighting without rules is not exactly the correct name for the spectacular duels of two fighters using techniques from various martial arts. Mixed martial arts is a vivid mix of styles, techniques, schools and directions. Fighters are forbidden to use deadly tricks, but without them, fights without rules look impressive and spectacular.
Mixed martial arts originated in ancient times: at the Olympic Games in Ancient Greece, fighters competed in pankration, which can be called the progenitor of many modern sports disciplines.
We offer readers films about battles without rules - a list of the most spectacular and vivid paintings of the genre. 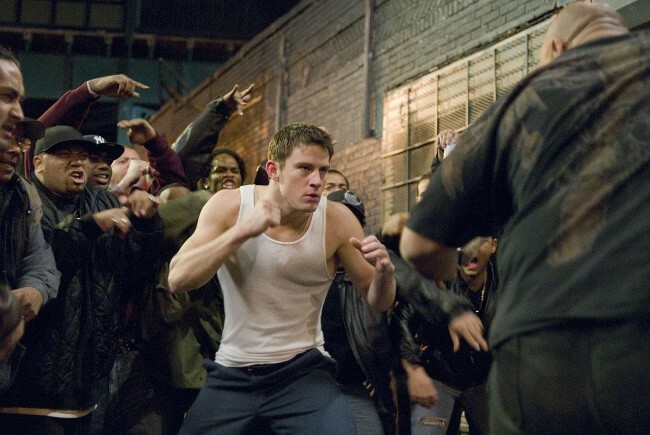 Opens the list of the best pictures about fighters of MMA film " Fight without rules ".Sean MacArthur is a petty speculator who came to New York from the province. He meets an experienced fraudster who introduces Sean with a cruel, but fascinating world of clandestine battles without rules and offers to try his hand at the ring. Several brilliantly won victories - and the newcomer becomes the new star of street fighting in New York. 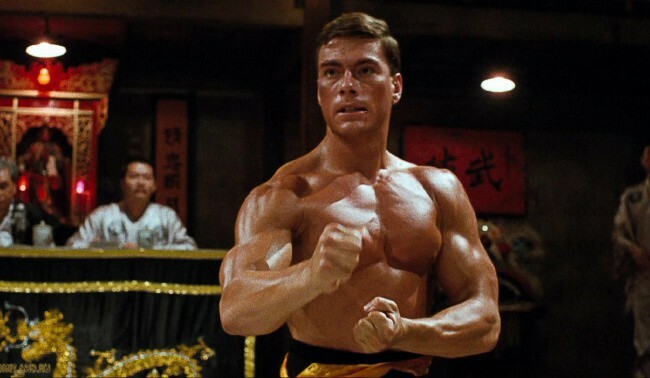 The list of films about battles without rules continues the cult tape with Jean-Claude Van Damme in the title role " Bloody sport ".
Frank Duks from an early age studied martial arts from a master sidosi. When in Hong Kong an underground championship is organized for fights without rules, the best fighters are invited to it. Dux for the sake of participating in competitions desertes from the army. In his wake, agents are sent to return him to his homeland. Frank confidently defeats opponents and it soon becomes clear that he and the multiple champion of the tournament Chung Li are the main contenders for the victory. But can a young fighter, who participates in the tournament for the first time, defeat the legendary Chon Lee, crippling his rivals in the ring. 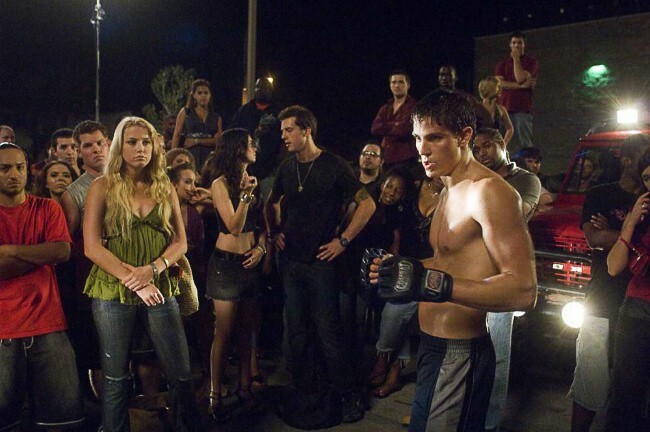 The list of the best pictures about fights without rules includes the youth drama " Never give up ".Jake Tyler's family moves from a quiet provincial town to a bustling Orlando to help grow the sports career of the eldest of the sons. Jake, who was captain of the school football team in his native city, becomes an outcast in a new school after being beaten at a party. A classmate tells him about mixed martial arts, which are very popular in the city. Jake meets the coach, who agrees to engage with the young man on one condition - he will never apply the skills for mercenary purposes.

The fat man in the ring 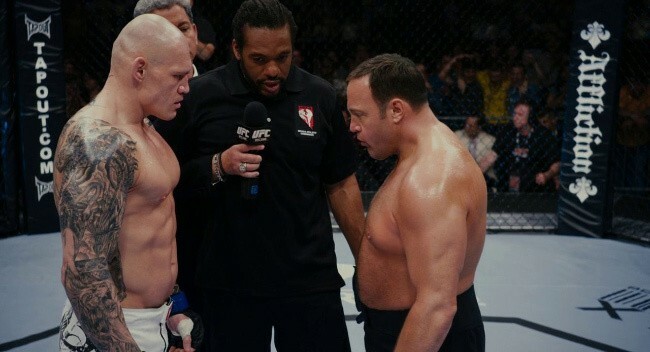 The list of the best movies about battles without rules continues the comedic thriller " Fat Man in the ring ".Scott Voss, a biology teacher, is trying to help his friend and school colleague avoid being fired. To get a large sum to save a friend's musical program, he decides on a desperate step - to enter the ring and participate in competitions in mixed martial arts. Voss's disciples and colleagues consider his act reckless, but he figured everything out - the losing fighter will receive 10 thousand dollars, and this amount is just not enough to save the friend's program. But before the start of the fight Voss learns that because of the theft of the school accountant, he was left without the accumulated funds. Now he needs to win the battle to get the main prize of 50 thousand dollars.

Not subject to discussion 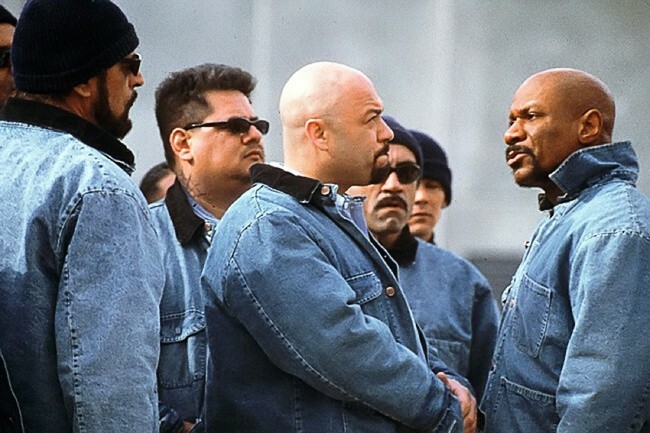 The number of the best films about battles without rules includes the insurgent " Not subject to discussion " - the first picture from the series "Indisputable".World boxing champion George Chambers for a serious crime is deprived of all titles and sent to prison to serve time. Here there is his undisputed champion in fights without rules, more than 10 years, winning all fights. Chambers enters the fight for the title of the best fighter.
Despite the hackneyed and predictable plot, "No discussion is possible" - a dynamic and vivid film that will appeal to fans of martial arts as well as to connoisseurs of quality fighters. 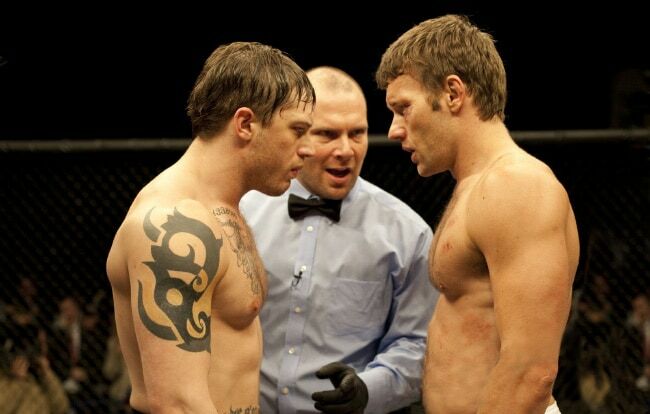 One of the best movies about battles without rules " Warrior " is a story of overcoming yourself. After 14 years, Tommy Conlon returns home. He has a difficult relationship with his father, a former alcoholic who struggles with his addiction. Tommy decides to participate in the tournament on fights without rules. He asks for help with the training of his father, a former boxer, but on one condition - they will not try to establish a relationship.
Elder brother Tonnie, Brandon, at this time is in a difficult financial situation. To provide for the family, he decides to return to the ring and learns that he and his brother have to fight for victory with each other. 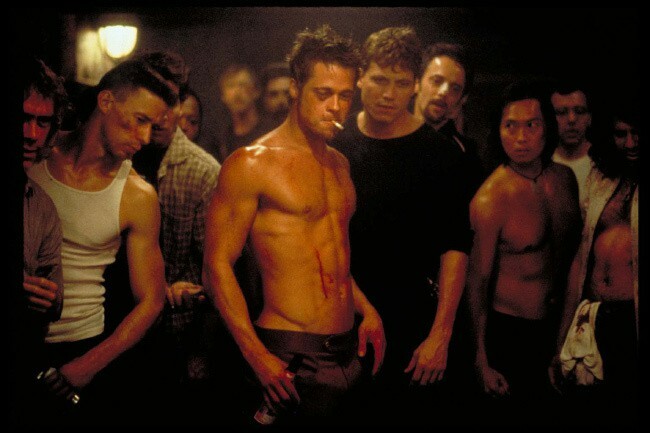 In the list of pictures about battles without rules the film " Fight Club " takes a special place. Filmed in the cult novel of Chuck Palahniuk by one of the best contemporary directors David Fincher, he raises serious questions of human existence in the consumer society. But fans of the pictures about fights and fights can be found on what to look at. The narrative in the film is conducted on behalf of the narrator expounding his story to the audience. Boring gray everyday life of a sleepless and depressed clerk changes after getting to know the soap seller Tyler Darden. They open a fighting club - a place where office workers can take heart in tough fights with each other. 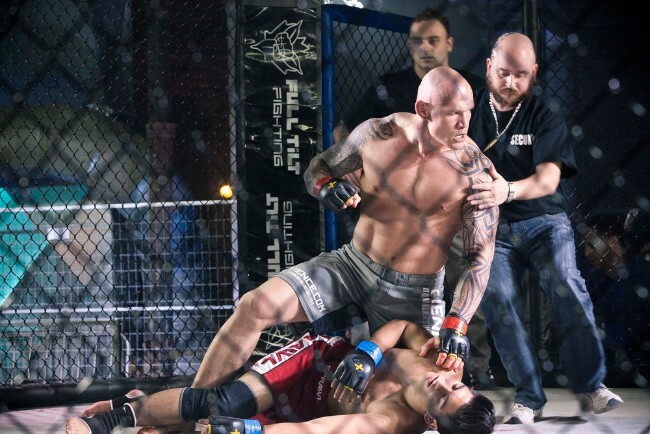 Despite the slightly naive plot, the sports action " Hand-to-hand fight " is worthy to be included in the list of the best movies about fights without rules.
Michael Shaw as a child witnessed the death of parents at the hands of a robber. After the incident, he abandoned his martial arts classes and became an inveterate hooligan. For the next trick he receives punishment - public works in his old school of karate. Once in the local tournament MMA, Michael in one of the fighters learns the killer of his parents. Evidence of the crime he does not, so he decides to take revenge on the offender by defeating him in the tournament. 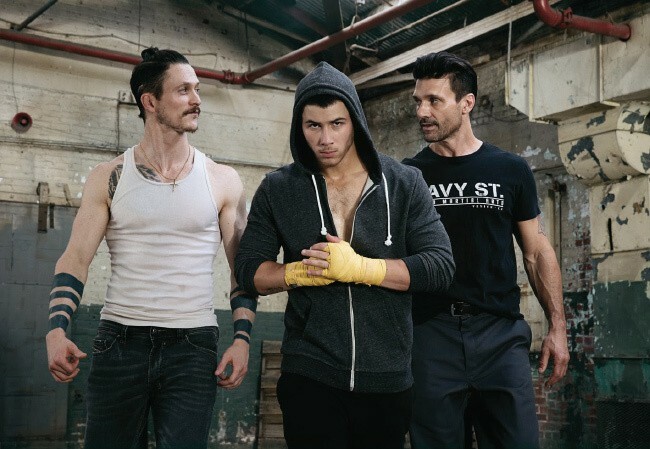 The series " The Kingdom of ", included in our list of the most interesting films about fights without rules, will show the audience the story of a not quite ordinary family whose members are MMA fighters.

The plot of the series is tied around the legend of combats in mixed martial arts and his two sons, who, like him, are MMA fighters. After retiring, the main character opens the training hall and tries to stay afloat."Kingdom" - an excellent motivating movie, which can make the viewer begin to engage in martial arts. 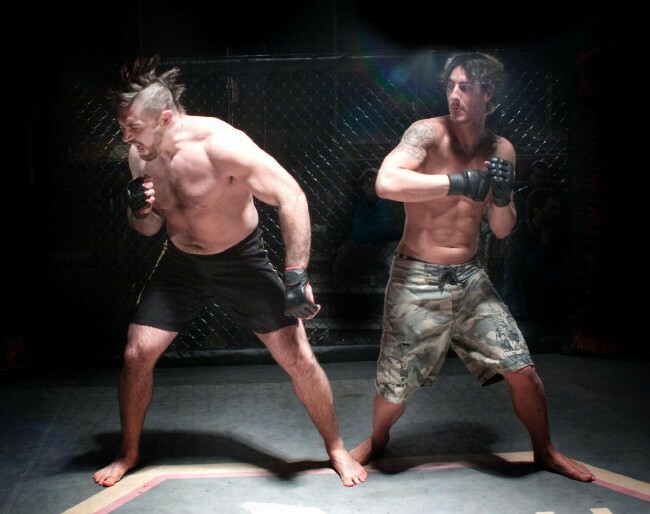 The list of films about battles without rules sports drama " Resistance ", released on screens in 2010, continues. The protagonist of the picture Brandon - a participant in fights without rules, forced to flee the city after the death of his brother. It turns out that he owed the gangsters a large sum, and Brandon has a week to pay back his brother's debt. Forced to return to the house of his father, with whom the relationship has long been spoiled, he gets a job at the construction site and tries to make a living. But the street fighter just attracts new troubles. ..

How to paste over with furniture self-adhesive film: photo, video October 6, 2019

Changing table: design, construction and decoration of their own hands October 6, 2019

The choice of furniture in the room for the boy, photo styles in interior October 6, 2019