Cleaning the washing machine with vinegar from scale - fast at home
March 23, 2018

How to wash the multivark inside and clean it from fat and plaque
March 23, 2018

How to replace salt for a dishwasher - available versions of acceptable analogues
March 23, 2018

Top 10 most unusual bikes in the world

Contrary to popular belief, bicycles invented, invented and will invent. Modern tales not only differ futuristic design, but also realize a lot of ideas in terms of dynamics and ergonomics.

In our today's selection, presents the Top 10 most unusual bikes in the world .Of course, most of these original inventions are just concepts that have not been put into mass production. But it is likely that many of the findings of bold designers will become familiar in the near future.

10. IF from Mark Sanders 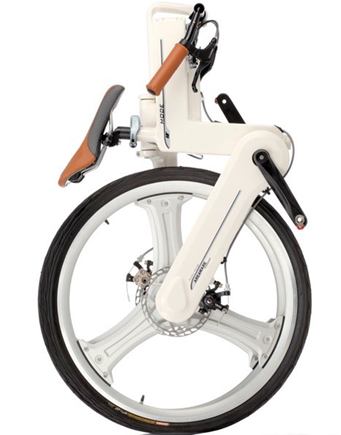 It's not easy to store and transport the bike, that's why they were inventedfolding models. In 2009, Mark Sanders managed to create an ultra-compact bicycle, which in a folded state can not be distinguished from a mono-sax. The bike has dimensions of 102 cm x 27 cm x 66 cm when folded and weighs 14.7 kg. This bicycle can be found on a free sale. 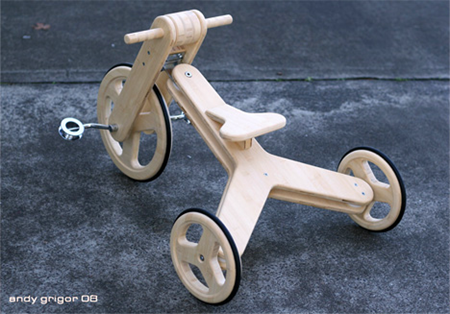 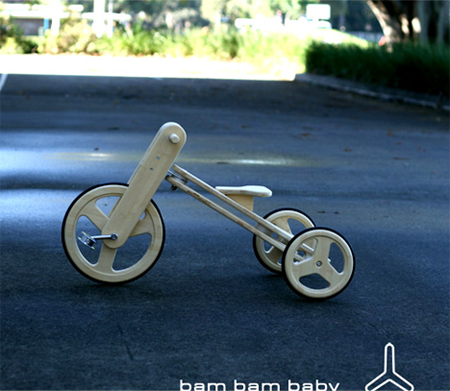 The most eco-friendly bike in our Top 10 is completely made of bamboo and is designed for children. The rims on the wheels are rubber rings, which are easy to replace in case of wear. Unusual bike is characterized by high wear resistance and absolute hypoallergenicity. 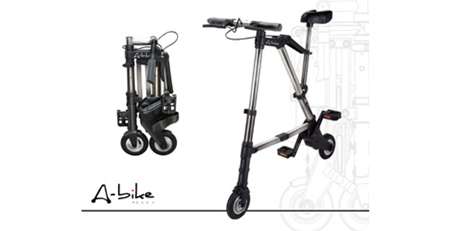 The world does not find an easier sports bike - the weight of an A-bike is only 5.5 kg. It is built in just 10 seconds, and it will fit even in the smallest apartment. Unusual small wheels do not interfere with developing a decent speed, and all the parts on which there is a lubricant are reliably covered. 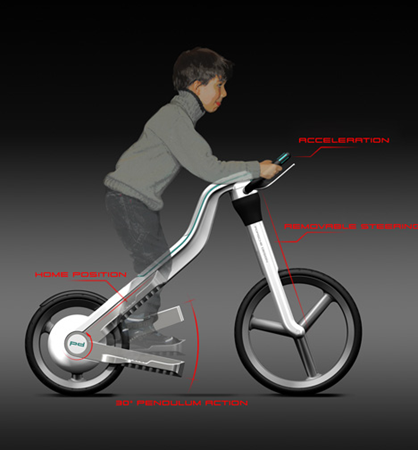 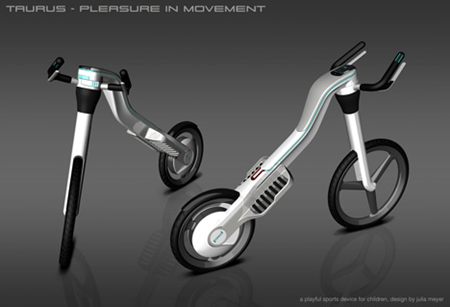 The invention is a children's simulator, which does not have a saddle and pedals. The child makes walking movements, imitating walking on the stairs. The simulator does not take up much space, since the steering wheel and wheels are removed from it. In the rear wheel, capacitors are built in, which accumulate energy generated during walking. Data from the capacitors are output to the LCD. 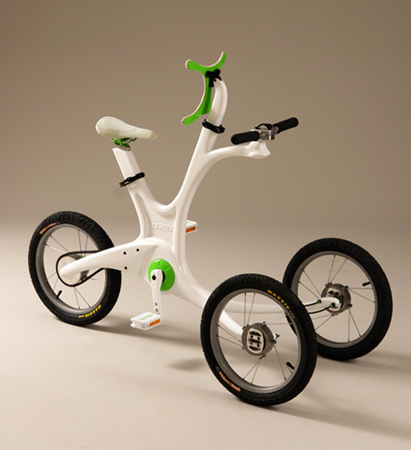 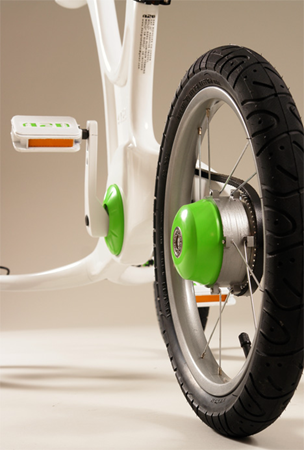 A tricycle for disabled children allows you to improve your motor skills, strengthen muscles and just entertain your child. For the safety of the rider there is a support for the chest. Numerous adjustment options allow you to fully adapt the bike to a specific baby. Thanks to the rear drive, the rider spends a minimum of effort. 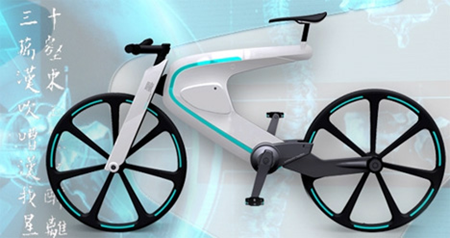 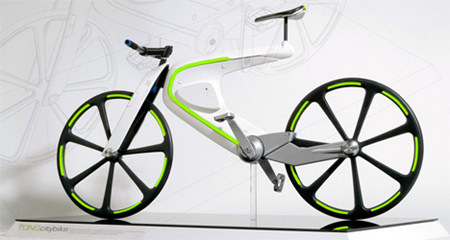 Riding a bicycle in the dark is a pretty dangerous idea, too often there are car accidents on bicyclists. For fans of night skiing an unusual bicycle equipped with light tubes is designed. You can select the color of the light yourself. In addition, the bike is quite compact and even has a luggage compartment for storing various trifles. 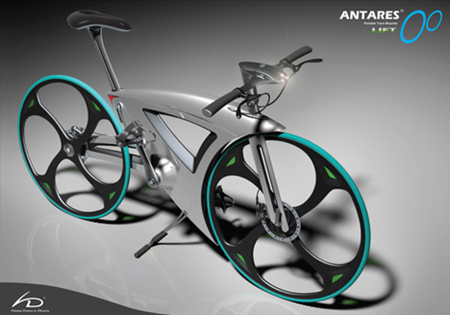 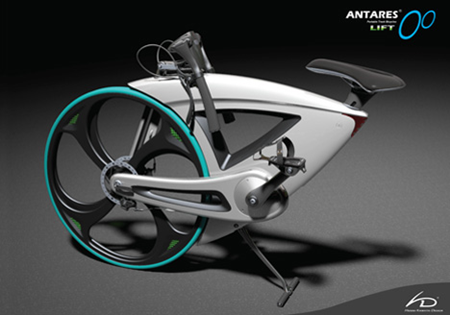 The most poetic bike in the world when folded up is like a tear and an orchid leaf. This idea could come to mind only Japanese designer. The bike is equipped with LED backlight and one transmission.

3. The cyclist from Daniel Pulvermuller 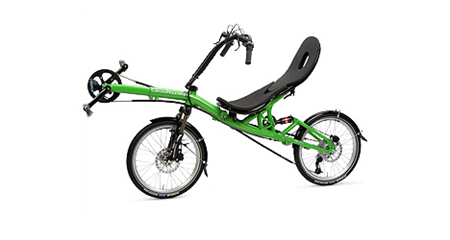 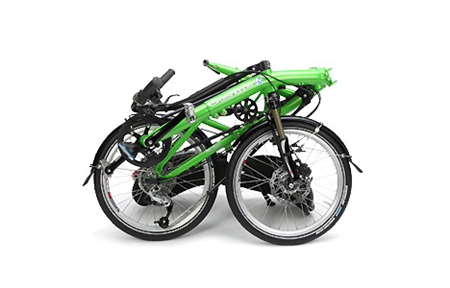 To drive on this unusual bike, you should take a reclining position. After all, the pedals are located in front and raised up. When folded, the bike is quite compact - 96 cm x 61 cm x 70 cm. The mesh saddle provides pleasant ventilation.

2. One from Thomas Owen 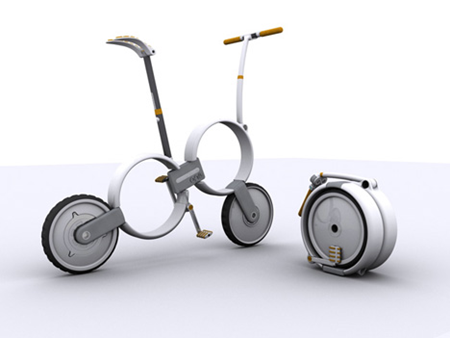 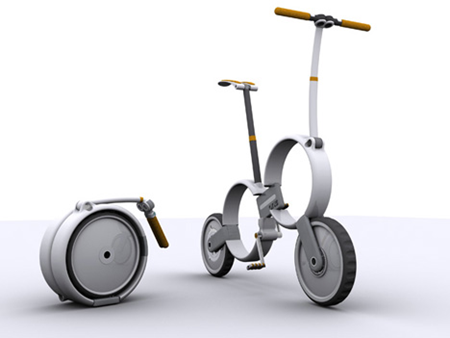 If One is folded, guess that the bike is almost impossible before you. It is easy to transfer such a compact cylinder. Another "chip" of the bike is an amplifier that allows you to spend a minimum of effort during the ride. 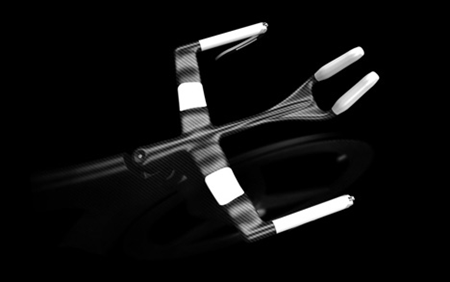 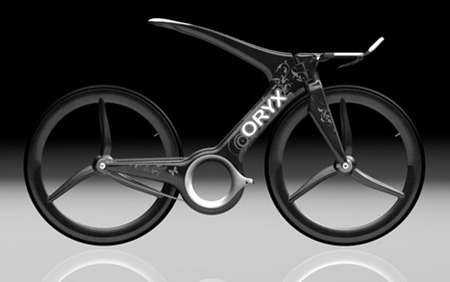 Leader The top 10 most unusual bikes in the world features a special solid frame made of CFRP, inside which the chain runs. The saddle also forms a single unit with the frame. The Y-shape of the frame perfectly buffers the impacts. Collect Oryx by individual order. And each bike is completed with a spare pair of wheels.