The creative abilities of some sculptors are sometimes expressed in a very unusual way. And there are creations that attract attention not so much beauty and artistic value as much as originality.

These extraordinary works are included in today's Top-10 most unusual monuments. For many, some of these sculptures are puzzling, but all of them without exception attract hundreds of tourists, journalists and simply admirers of everything original.

10. Monument to the enema( Russia, Zheleznovodsk)

On terIthor sanatorium "Mashuk - Aquatherm" is installed first and the world's only monument to the enema. The weight of this bronze composition is about 400 kg, the height is 1.5 meters. The plot is quite original - three charming angels hold a rubber pear in their hands.

Satiety, warmth and peace - these are the three components of happiness according to the version of the Wolf from the cult Soviet cartoon "Once upon a time there was a dog."It was this character who became the main character of the composition "Happiness".On the belly of the wolf there is a button, when you click on which you can hear a few aphorisms from the cartoon. 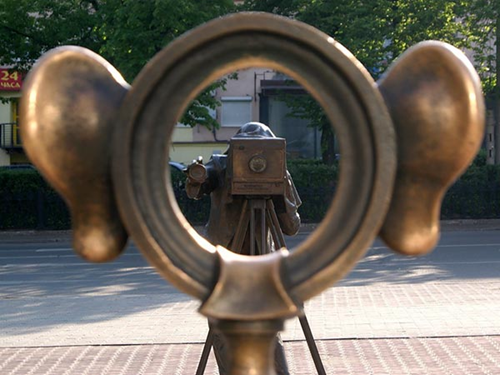 The expression "Permyak - salted ears" is historically associated with the development of salt mines in the upper Kama. The workers wore bags of salt on their backs, inevitably sprinkling their heads and ears, for which they received a well-known nickname. The monument to salted ears was established in 2006 near the hotel "Ural". 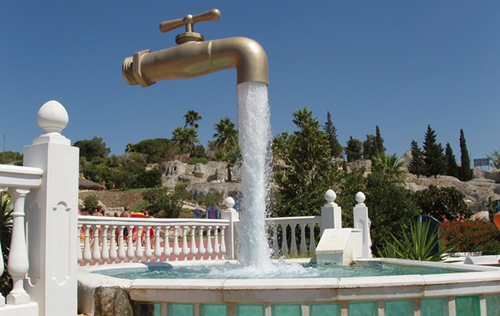 This giant crane magically floats in the air. The whole secret is that inside the jet is hidden a pipe, through which water is fed into this monument-fountain. The Swiss crane is not unique, there are similar compositions in Canada, Spain, Ukraine. 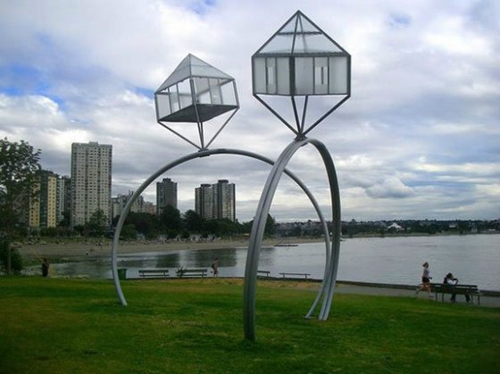 This Canadian monument is dedicated to couples in love. These structures are made of steel, glass and aluminum. The monument was designed by architect Dennis Oppenheim.

5. Monument to the paparazzi( Slovakia, Bratislava) 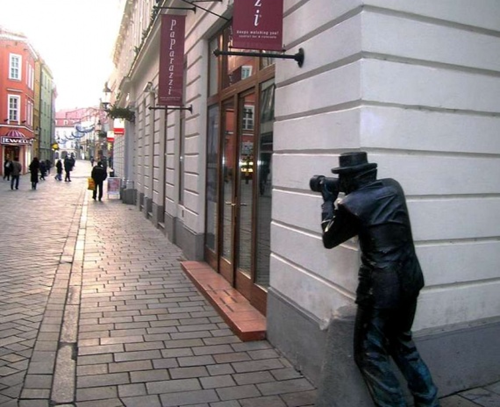 The sculpture depicts the paparazzi, standing around the corner with the camera in preparation. There is a sculpture near the restaurant of the same name in the center of the Slovak capital.

4. Monument to the witch( Germany, Harz) 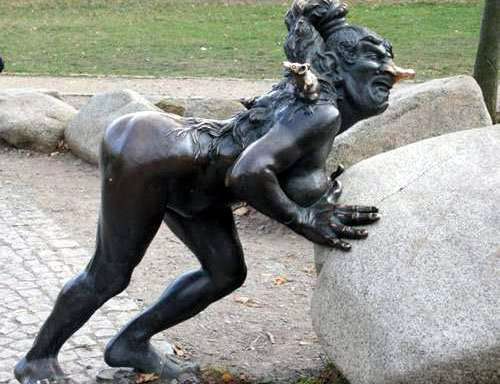 This monument was conceived by the author as evidence of female cunning and multifacetedness, so it is necessary to consider it from all sides. Rear view is especially attractive for male tourists.

3. Monument to the keyboard( Russia, Yekaterinburg) 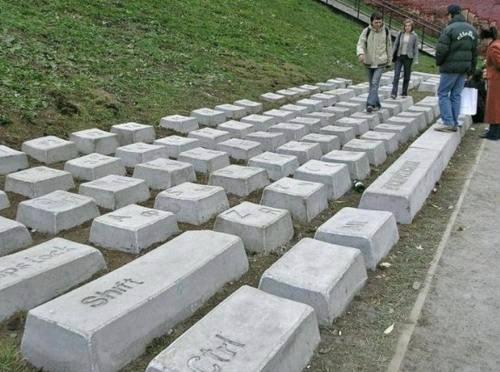 The stone keys of this huge keyboard are numerous walking people are happy to use as benches. The author of the monument is the artist Anatoly Vyatkin, who presented the city with his creation in October 2005. 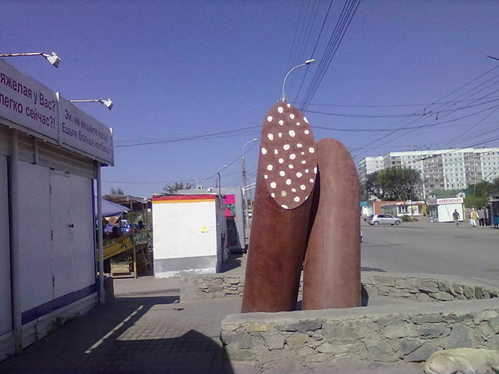 A pretty serverel with an appetizing cut was installed in not too rich in delicacies in 1990 at the entrance to the North-Western market. Today, residents and guests of the city are happy to take pictures next to this unusual monument. 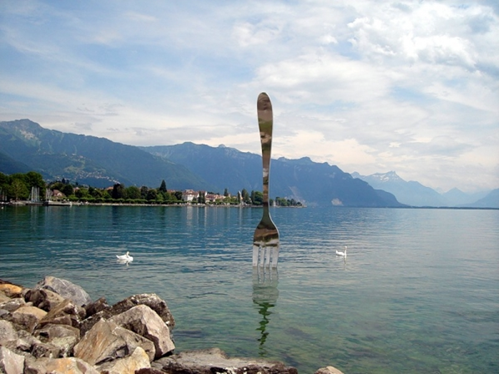 A huge fork near the shore of Lake Geneva is a food monument. It was installed by order of Nestle. The monument serves as a pointer to the company's main office and a food museum located nearby.

Why on the rear wall of the refrigerator freezes ice and snow October 12, 2019