The largest financial pyramids in history

It is believed that the first ever financial pyramid appeared in 1717 in France. The creator of the pyramid, the country's finance minister John Law, had to flee secretly from France. Since then, hundreds of times, the dishonest businessmen have left hundreds of thousands of credulous investors at the broken trough.

The largest financial pyramids in the history of entered our today's Top-5.They were selected not only for the amount of financial damage, but also for the number of defrauded depositors. Among the pyramids were the notorious Russian companies MMM and Vlastelina.

The largest financial pyramid from Japan was founded by KadzutsugiWe have in 2000.The company promised a return of 36%, which attracted 37 thousand investors.

In 2007, the company suffered a default, failing to settle accounts. For all of its existence, L & G has managed to raise $ 1.43 billion.

The company "Vlastilina" was registered in Podolsk in 1992.According to the promises of the owner of the company Valentina Solovieva, having invested half of the cost of the new car, in a month it was possible to double the capital and acquire a coveted vehicle.

In 1994, the company began accepting deposits for the purchase of housing, as well as simply deposits, incl.in foreign currency. At the same time, the first interruptions with payments began.

In 1999, Valentina Solovyeva was sentenced to 7 years in prison, and in 2000, the swindler had already been released "for good conduct."Victims of "Vlastilina" are recognized 16 000 people who lost 536 billion rubles.and 2.6 million dollars.

Texas billionaire Allen Stanford for 15 years sold credulous citizens deposit certificates, guaranteeing a high percentage of return. Stanford was arrested in 2009.It turned out that fake papers brought the fraudster and his family nearly 7 billion dollars. With this money, the billionaire led a luxurious lifestyle, and also bribed the supervisory authorities that covered the criminal scheme. 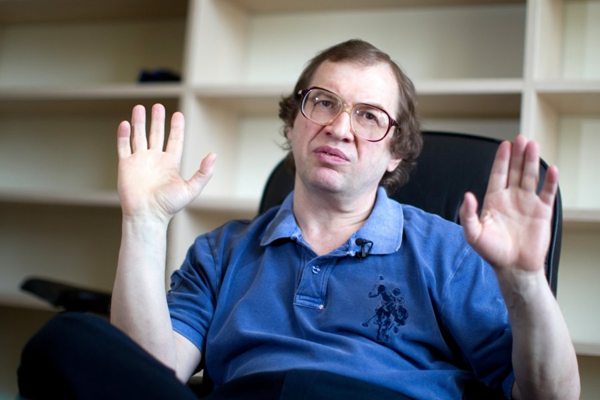 For 5 years of its existence, the pyramid has produced 27 million shares, as well as 72 million tickets. To their investors in "MMM" they promised 200% of income per month. As a result, the number of depositors was at least 10 million people.

Established in 1992, the company has worked without problems for 2 years. However, in 1994 the tax service ordered to collect from "MMM" in the budget almost 50 billion rubles. As a result, in August 1994 the company was bankrupt, leaving behind a debt to depositors of 5 billion rubles.

This financial pyramid is the most famous of all that ever existed. The company, founded in 1960 by Bernard Madoff, was considered one of the most reliable investment funds. However, one day, Madoff's sons told the authorities about the incredible fraud of his father - he did not invest the money entrusted to him, but simply transferred them to personal accounts.

As a result of the proceedings it turned out that Madoff was unable to repay debts not only to citizens, but also to such solid investors as BNP Paribas, Societe Generale, HSBC, Credit Agricole, Royal Bank of Scotland, UniCredit. In June 2009, the court sentenced Madoff to 150 years in prison. At that time, the fraudster turned 71 years old.

Ranking of countries by level of minimum wage April 20, 2018