Which bowl for multivarkers is better: teflon, steel or ceramic
May 4, 2018

Which bowl for multivarkers is better: ceramic or non-stick
April 29, 2018

Which multivark is better: Philips or Redmond
April 30, 2018

Thermos of which firm is better to choose and buy, so as not to regret it in a couple of months

Perhaps now no one will have to prove the exceptional usefulness of such a device as a thermos. Cold winter, making tourist forays, there is nothing better than to take with you hot tea, and make sure that over time it does not cool down. 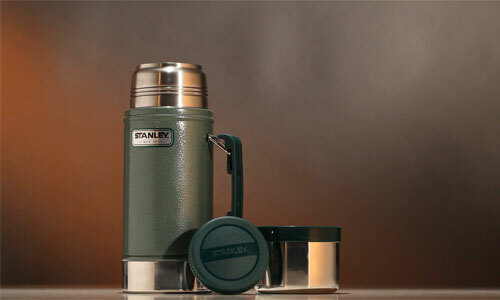 And why only in the winter? It's hard to imagine a summer picnic without a thermos. After all, in the heat to maintain the necessary temperature of soft drinks only this device is capable. By the way, the thermos is used everywhere: both in hiking and in everyday life. However, now, even with a wide choice in stores, it is not at all easy to make the right choice. One of the reliable ways not to make a mistake in this matter is to trust a reliable manufacturer. So, what thermos should I buy? This question will become the key in this article.

A bit of history

Now it is easy to imagine the structure of a thermos even for a child. In its simplest design, this device is a housing in which there is a metal or glass bulb. There is a vacuum between the body and the bulb, so the temperature in the thermos remains unchanged for a long time.

This invention was created by the scientist James Dewar and was used exclusively for the storage of rarefied gases until his student, the German Reynold Burger, decided to patent this device. Being an enterprising person, he quickly realized that it was possible to earn good money on this.

So, the company created by Burger, became famous all over the world in just a few months. It was called "Thermos", which means "hot" when translated from Greek. Later, the name of this company became a common name for a whole class of devices.

In fact, in such a direction as the production of thermos, it is not easy to come up with any novelty. Yes, and "reinvent the wheel" is also useless. Therefore, comparing the thermoses of different manufacturers, it is hardly possible to find colossal differences. To date, it is possible to identify several of the most popular brands that represent quite good products:

It is better to choose a thermos of the firm Tatonka, if you are going to take it with you on the road. These thermoses are usually equipped with a metal bulb. And with the fall of this thermos does not risk being broken. However, such thermoses are slightly heavier than others. It is worth noting that the products of this company have a stainless steel casing and is capable of retaining heat for a long time.

For example, the Tatonka Hot & Cold Stuff model with a volume of 0.35 liters is able to keep the temperature up to 6 hours at an ambient temperature of -15 degrees. It is also important that from the point of view of the ratio of price and quality, Tatonka thermoses leave many far behind.

Thermos of the American company Thermos are presented, as a rule, in a wide range. Many of them have a hull made of impact-resistant plastic and a glass flask. Such a device will weigh much more easily than the same metal thermos. However, to use it for tourist purposes is strictly not recommended.

After all, when a drop or a strong blow the thermos can break. For the home, on the contrary, this option will be optimal. Moreover, among people there is an opinion that glass flasks keep the heat much longer than others. Also this company represents other types of thermoses. Among them there are metal devices. Presented are both vacuum thermoses and thermos pumps.

Among products of Stanley company there are also thermoses for drinks, and food thermoses. And their volume varies from minimal to very significant. Here, everyone will have to choose independently, depending on what exactly you need.

The thermoses of the Swedish company Primus are quite distinctive in design. The case of black color with a red lettering of the brand name is easy to learn among many others. Housing material and flasks: steel, stainless. On the one hand, it is convenient to take such thermoses with you on a hike. But on the other - it is much more difficult to launder. As for the thermal conductivity, it does not differ much from the thermos of other brands. 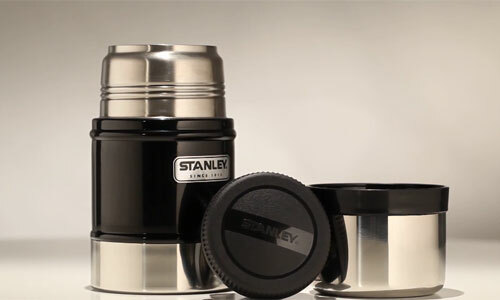 Summing up, I would like to say that, despite the general similarity in the characteristics of different firms, judging by the reviews of experienced, still the leading thermos Tatonka. They are distinguished by good possibilities for keeping heat and durability. But if this option does not completely suit you, you can make your own choice based on the following signs: