The loudest divorces of recent years
May 8, 2018

Top 5 strange stories about the traditions of Halloween

Halloween is not just a favorite season for small ghosts and goblins who go out into the streets, asking for sweets and frightening each other. This is the border line between autumn and winter, life and death, a time of fear and superstition.

We present to you 5 strange stories about the ancient traditions of Halloween .

Fear that someone will put poison or shaving blades into treats, which children collect on the eve of All Saints Day, "come" from the newspaper column. She was led by an American journalist Abigail Van Buren in 1983.She reminded readers of the danger of Halloween, when all sick people on the head try to harm neighbor children with poisoned sweets.

When her sister, Ann Landers, repeated the statement 12 years later, the myth is firmly rooted in the minds of US citizens. In Halloween, children began to eat sweets under the supervision of adults.

The first confirmed history of violence associated with sweets for Halloween occurred in 2000.James Joseph Smith distributed chocolates to children, in which he inserted needles.

The last days of October and the first days of November are the time of spirits, dead, and all supernatural. It's no wonder that Halloween was considered a great time for divination.

In the writings of Robert Burns( 18th century) was described a strange ritual of divination for Halloween. Instead of going to beg candy, lonely people of marriageable age should have been blindfolded to pull cabbage.

Those who are in the cabbage connoisseurs,
Who is looking for the first time,
Close your eyes, tear the roots
Large and straight.

The rootlet gave information about the future of the spouse: short or tall, straight or curve, healthy or withered. A tasting cabbage hinted about whether sweet or bitter will be a family life with a chosen one. Even the amount of dirt on the spine mattered. A lot of dirt is good, since it meant getting a large dowry.

3. Fruits instead of sweets 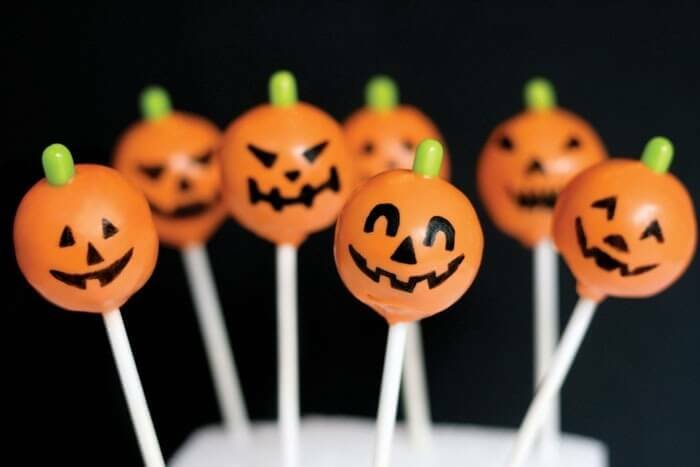 A nice tradition for Halloween to give children candy appeared only in the middle of the 20th century. Initially, from small ghosts, witches and vampirenishey paid off with fruits, nuts, rolls, cakes, and small toys. The candy industry began to crowd out competitors from the Halloween market since the 1960s. Currently, Americans spend over $ 20 million annually on sweets for Halloween. 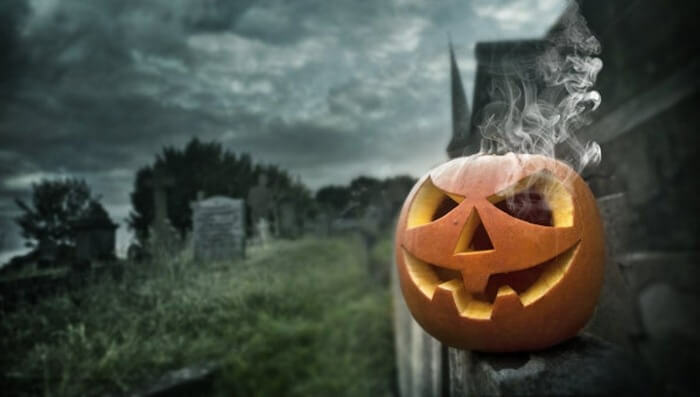 A strange custom to make a pumpkin with glowing eyes on Halloween and the very term "pumpkin lantern" or "Jack lamp" appeared thanks to the Irish folk tale of the 18th century about a guy named Jack. He deceived the Devil himself: at first he drank with him at the tavern, and then asked to turn around with a coin to pay. When the Unclean fulfilled the request, the cunning Irishman put the coin in his pocket, where there was a silver cross. For his liberation, the Lord of the Underworld promised not to lay claim to Jack's soul and not to plot him for a year.

Subsequently, the Irish boozer once again deceived Satan, asking him to climb onto the apple tree for fruit, and then quickly scratching the tree on the cross. When Jack died, his soul was not allowed into Heaven for meanness. But also the vindictive Devil did not allow him to get warm at the fires of Hell. Thus, Jack was forced to wander around the world indefinitely. Eventually the Devil took pity on him and gave him a piece of coal to light the road. A stranger put coal inside a hollowed pumpkin. It was believed that the fruit with burning "eyes", left on Halloween near the house, will not allow evil spirits to harm his tenants. 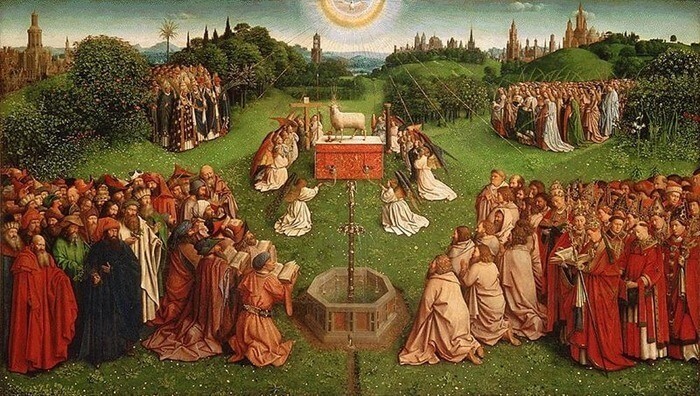 The first places in the top 5 strange stories about the ancient traditions of Halloween went to the holiday, which was created by Pope Boniface IV in the 7th century AD.e. At this time there were so many saints that there were not enough days in the year to "accommodate" them. It was necessary to create a special day for the celebration of the righteous without their own day, as well as miracle workers, whom the church did not officially recognize. Initially, All Saints' Day( or, more precisely, the Mass of All Saints, All Hallow ees) was celebrated on May 13, but in 835 Pope Gregory IV "moved" it on November 1.Perhaps, in this way, the Catholic Church tried to distract Christians from the celebration of Samhain.