In June, Vladimir Putin extended the embargo for a year to import food products from the United States and countries belonging to the European Union to the Russian Federation. To import into the country are prohibited: milk and dairy products, fresh and processed( salted, smoked, dried, frozen) meat of pigs and cattle, poultry products, seafood, nuts, fruits, fish, vegetables and a variety of products fromof the above. 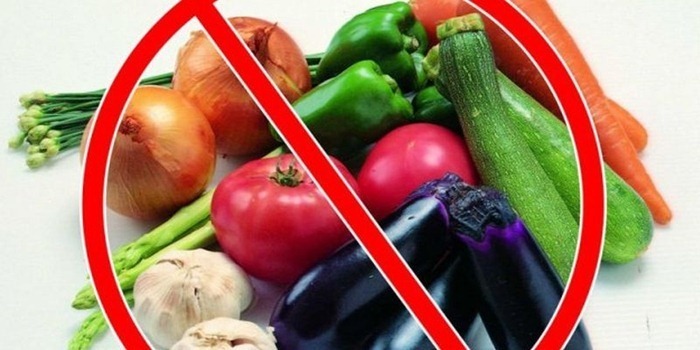 Perhaps, on the proposal of the Ministry of Agriculture, the list will include flowers and various confectionery products. The sum of the total annual volume of imported goods, which are under the ban, is estimated at 9 billion dollars( for comparison: the import of products in 2014 as a whole amounted to about $ 40 billion).

According to Rosstat statistics, food prices in Russia for the first half of 2015 increased by 12.1%, which is 10 times higher than the similar European indicator. In the first quarter prices experienced explosive growth, in April remained at the same level, and in May even decreased by 0.1%.The rise in prices is due to the "slimming" of the ruble and the reduction in supply. The stocks purchased at lower prices were over, and the products of the domestic producer became more expensive due to the increased prices for raw materials. One of the reasons for the increase in prices was the increase in logistics costs. This is caused by the change of suppliers. 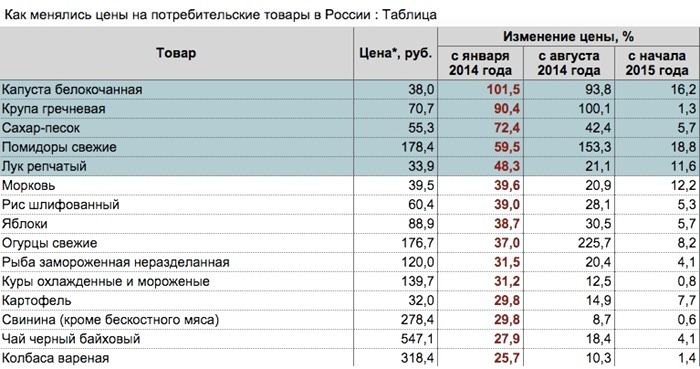 For the current year, food prices rose by 15%, but wages remained at the same level. The buying power of the population served as the limit for price growth: the food basket of Russians significantly decreased( for example, sales of meat and meat products decreased by 5%).Thus, the consequence of the decline in the purchasing power of the population may be that trade will for some time stop the growth of food prices due to the need to release crowded warehouses. The effect of the new crop should also have an effect. Therefore, the Ministry of Economic Development asserts that the cost of food products may fall by 2-2.5% in the next two to three months.

Here are seven products, the prices for which have risen in Russia in the period from January to May 2015.

These products, which are in constant high demand, have risen in price the least - on 5.7% .

6. Meat and various products from it

For pleasure to make a shish kebab, borsch with beef and other meat delicacies now it is necessary to pay for 6.7% more.

"Bread and cereal - our food"( something without which it is difficult to imagine the everyday menu of Russians) rose in price for 11.2% .

Regular use of oil, perhaps, rounds the waist, but it certainly contributes to a significant reduction in the amount of money in the wallet. Oils and fats began to cost 13.6% more compared to last year.

Delicious products, which are designed to lift the mood, in 2015 only grieve consumers. Chocolate, jams, sugar, candy rose in price on the 14.3% .

Humidifier: benefit and harm, reviews and opinion of doctors October 11, 2019