Top 5 most useful robots in the household

Routine household chores are capable of boring anyone. To what laziness every day to wash utensils, to vacuum and prepare a supper. The most resourceful among the lazy, it turns out, are found among inventors. It is they who come up with robots capable of taking on the most monotonous and tedious work.

We bring to your attention Top-5 most useful in the household robots .

These indispensable helpers and food will be cooked, and dust will be relieved, and health will be traced. But only in batch production, unfortunately, not all inventions go far.

Appeared in 2002.This was the apparatus Roomba, which, however, for a long time remained only a concept. The first successful robot, which entered serial production, was Trilobite from Electrolux. A fully automated cleaner crawls on his own, absorbing dust in the most inaccessible corners of the apartment. Once walking through the entrusted territory, the vacuum cleaner remembers the route and performs cleaning without the participation of the owner. Today, the cost of robotic vacuum cleaners starts from 10,000 rubles.

4. Robot for washing the toilet bowls. 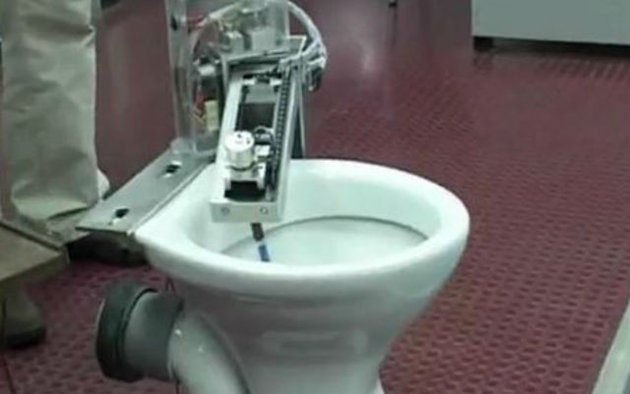 Completely relieves the owner of a not too pleasant duty to clean up the "white friend".Israeli engineers have developed the concept of an apparatus capable of perfectly cleaning any toilet bowl. It is very likely that if ever the cars rebel against a man, the toilet washers will be the first robots - rebels. It's painfully unpleasant for them! 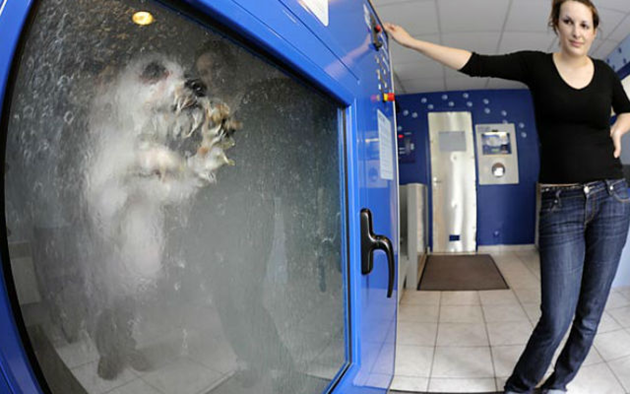 Will protect you from scratches and bites. After all, often washing causes dogs and cats such a violent protest that the health of the owner is under threat. With a robot - a bather, such problems do not arise. The device is similar to a cross between a good washing machine with an aquarium, into which an animal is placed and washing and drying are observed through the glass. By the way, the most advanced models are equipped with a massage function and can be used even as an apparatus for physio procedures. A dog, for example, can not only bathe, but also heal the back and joints, and also undergo disinfection to get rid of cutaneous parasites. True, it is worth noting that pets are by no means delighted with such "dog-washing". 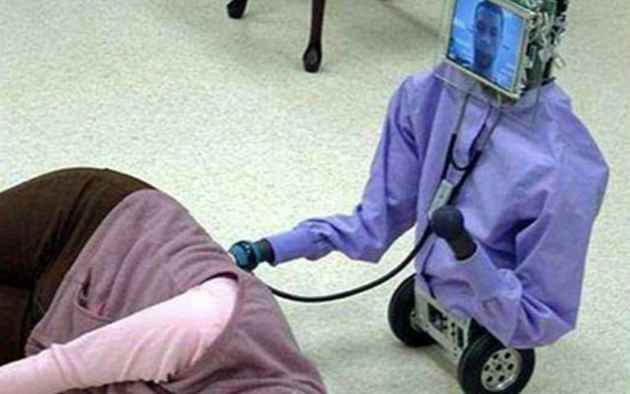 Performs responsible and hard work to care for patients. For example, the model uBOT-5 is able to bypass, measure the patient's pulse, pressure and temperature, listen to the lungs. The procedure for bypass using a web camera is monitored by the attending physician, whose face the patient sees on the monitor. Other modifications of the robot are designed for home care for elderly people and bedridden patients. In case of an emergency, the robot will automatically call an ambulance. It is likely that such mechanisms will enter our daily life in the very near future.

1. Robot culinary is the blue dream of housewives. 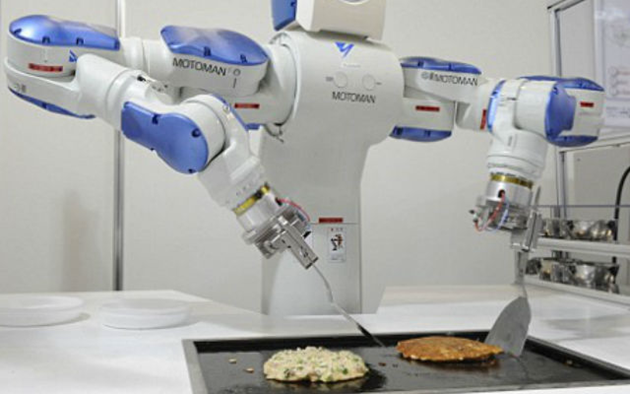 No kitchen combines, meat grinders and miracle stoves will replace a Japanese robot capable of cooking a vegetable stew, pancakes or sushi without any participation. True, only multibillionaires will be able to afford this novelty of robotics - the cost of the cook will be almost 200 thousand US dollars. For such money, the rich can keep staff for years. Naturally, over time, the price will fall, and the first robots will employ the owners of catering points. Such a cook will not overcook the steak, will not lose his own hair in the salad and never overdo the garnish. And the current chefs will have to urgently re-qualify as programmers.