New Russian Cinema 2016 - the list of the best films

In 2016, a lot of interesting Russian paintings should appear in the rental. We prepared rating of the novelties of the Russian cinema of 2016 - the list of the best films of , which deserve the attention of the audience. Our rating includes paintings, the premieres of which have already taken place, and films that will soon start at the box office. 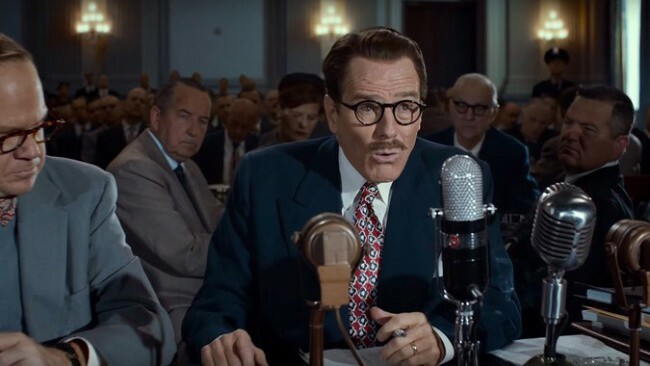 Comedy melodrama " Status: Available " - a novelty of Russian cinema in 2016, included in the list of the best films. The picture was released on January 21, 2016 and was highly appreciated by critics and spectators. The film was lucky with the script and a well-chosen cast. Before us - not another passing comedy, timed in February 14 or March 8, but the hard work of a good director, who can skip the stories of his characters through himself, and give credibility to what is happening on the screen.

The plot of the picture is based on the story of two young people - Anfisa and Nikita. Two years of romantic relations between them breaks off Anfisa - she leaves Nikita to a more promising bridegroom. The young man is completely defeated and passes through all stages of the rejected: first he hates the girl, and then decides to return it at any cost. Trying to win back the heart of Anfisa, Nikita discovers a new truth for herself. ... 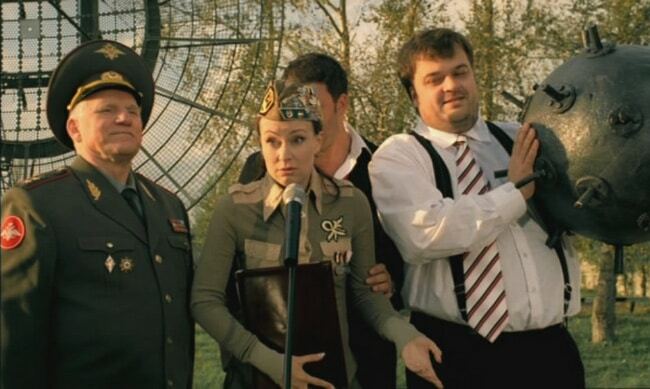 " Election Day 2 " is a continuation of the famous comedy Quartet I, which premiered on February 16, 2016.The film deservedly is included in the list of the best Russian novelties of cinema of 2016.

According to the plot of the staff, "How would radio" again receive a proposal to promote the election campaign of the governor, who nominated his candidacy for a third term. But suddenly he refuses to participate in the pre-election race, and the team of PR people is in a difficult situation: they fall into the sphere of interests of local businessmen and security agencies and curators from the Kremlin. 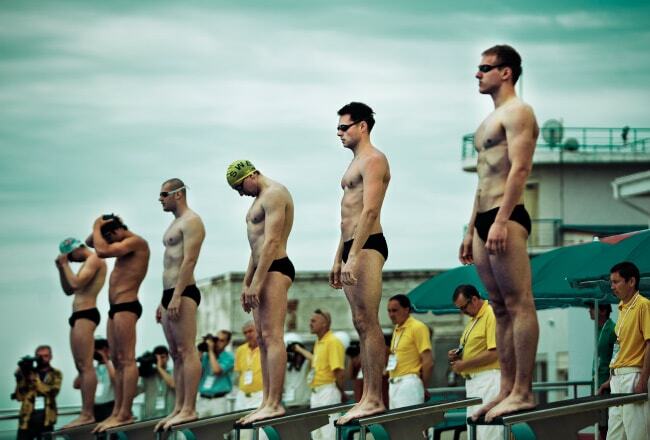 Film-biography " Champions: Faster. Higher. Stronger »- a novelty of Russian cinema, released on February 18, 2016.The picture consists of three novels telling about the path to victory of famous Russian athletes: Svetlana Khorkina, Alexander Karelin and Alexander Popov. The film is interesting because the actors performed many tricks in it independently, and the athletes actively helped them in the preparation for the shootings.

Voices of the big country 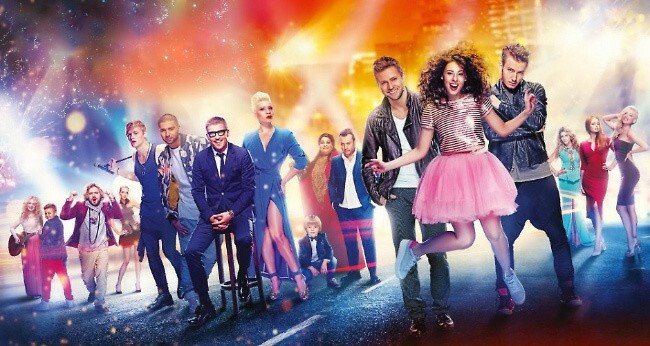 The musical " Voices of the big country ", one of the novelties of the Russian film distribution in 2016, is based on the TV show "Golos".He has consistently high ratings, and it is not surprising that the history of the formation of young talented singers interested in the actors of the cinema. Many real participants of the popular show took part in creating the musical. 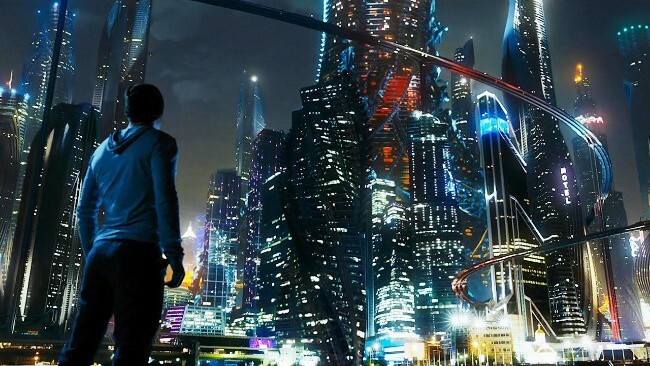 The interesting novelties of the Russian cinema of 2016 include the fantastic action film " Mafia: The Survival Game ".

year 2072, Moscow. The most popular show that ever existed in the world is the game "Mafia".Annually 11 brave souls compete for a fairy prize - 1 billion rubles. The loser, whom the rest selects by the mafia by voting, dies from visualizing their fears. The first victim of the game is the ballerina Maria - she is afraid of a thunderstorm and dies in the forest during the rain. One by one, the players are eliminated from the show, dying in the translator of fears. 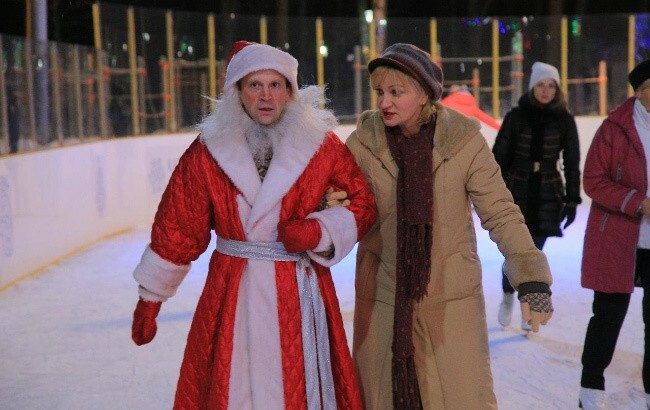 The novelties of the Russian cinema of 2016 are continued by the New Year comedy " Wonderland ".The film consists of several short stories telling the stories of the most ordinary inhabitants of the country, who fall into unusual situations. The married couple gets a chance to get on the transfer of their dreams, the guard Alexander has to survive one of the hardest days in life - to save in his first watch as a partner and take delivery from his wife, and a pair of lovers is to introduce their parents. 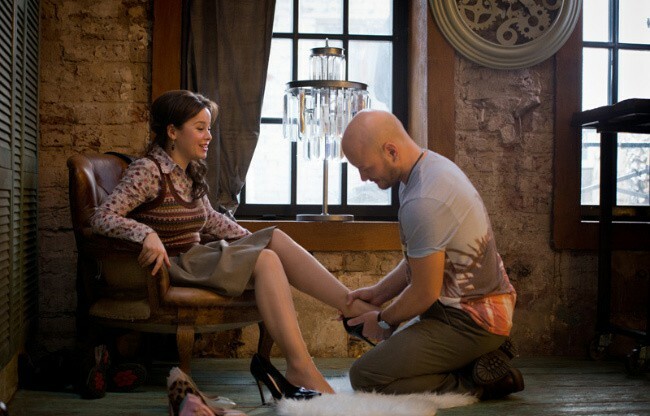 Dasha, dreaming of a happy family life, throws a loved one. She decides to take matters into her own hands and find her own woman's happiness. In search of a solution to the problem, Dasha turns to the Internet and finds the first "30 Dating" training. Within a month, she should go to 30 meetings with strangers, after which the man of her dreams just can not help coming out. Dasha dedicates himself to the task of the training. Helping her in search of a new love, Oleg's neighbor, a photographer and a woman lover, tells the girl how to look and behave on the first date. That's only Dasha catastrophically unlucky - she comes across completely insane characters. 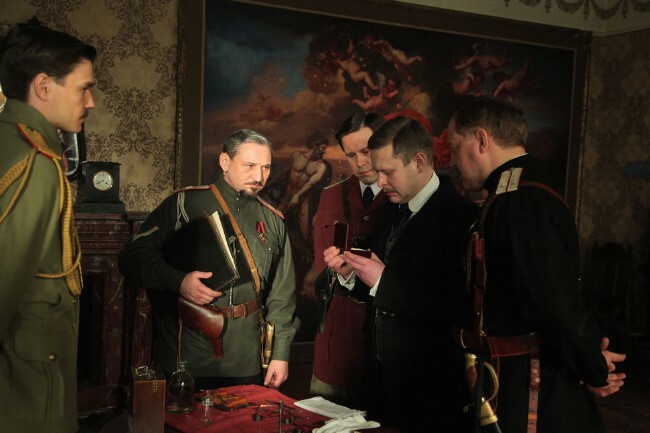 The list of the best films continues the picture " Contribution " - a novelty of Russian cinema, which the viewer will see in March 2016.The film is based on the novel of the same name by Leonid Yuzefovich. The action of the painting takes the audience in 1918.Perm was captured by the White Guard Corps under the command of General Pepelyaev. To replenish the needs of the army, the general refers to urban merchants. A rich widow donates her jewels, which disappear the next day. Murzin's investigator is attracted to their search. The price of his investigation is pardon. 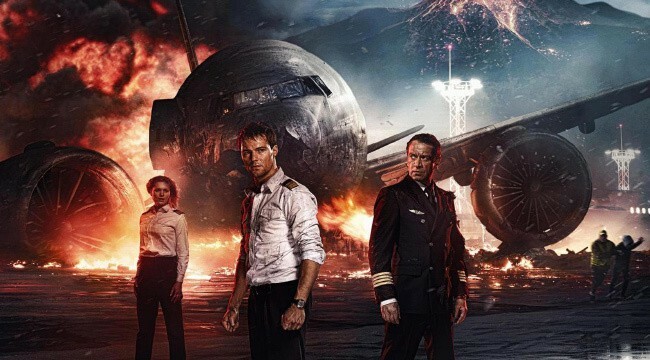 « Crew » - one of the most anticipated novelties of the Russian cinema of 2016.If the audience's expectations are justified, the picture will be included in the list of the best films of this year. Do not confuse the new tape with the cult Soviet film-catastrophe directed by Alexander Mitta with the same name. The novelty of 2016 is not a remake of one of the best Soviet films, but a new look at the incredibly complex work of civil aviation pilots. Of course, without a roll with the famous picture of Mitta was not done - she was an inspiration for the crew, and the famous director acted as a consultant for a new film.

According to the plot of the film pilot Alexei Gushchina( played by Danila Kozlovskiy) they are being expelled from military aviation for disobeying the order. He is allowed to fly, but only on civilian aircraft. Gushchin has to start his career again - he gets the post of pilot-trainee of the Tu-204 airliner. During the next flight the crew receives a message about a strong earthquake on one of the islands in Southeast Asia and decides to come to the aid of the victims. 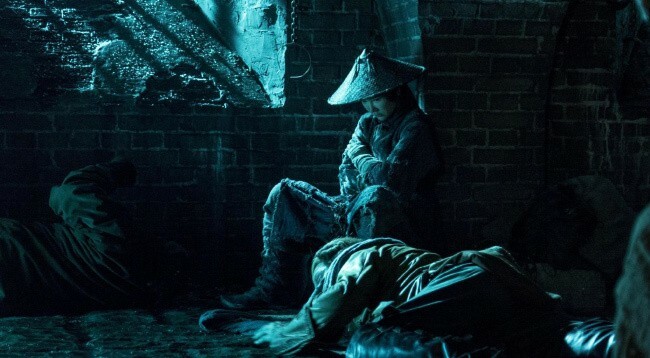 The thriller-fantasy of 2014 "Viy" became one of the highest-grossing Russian films. Not surprisingly, its creators decided to consolidate the success and began work on the continuation. The novelty of the Russian cinema of 2016, promising to be the best film, " Wii 2: Travel to China ", will be released until the end of 2016.

According to the plot of the picture Jonathan Green receives the assignment from Peter the Great and goes to the Far East and further - straight to China.

In addition to Jason Fleming, Rutger Hauer, Steven Seagal and Deci Chan are claimed in the film.

Hose for connection of a washing machine March 22, 2018

What is better aerogril or electric grill March 27, 2018