Very many states suffer from a shortage of territory. It is for this reason that artificial islands appear most often. They organize resort areas, build airports and residential areas.
Today's Top-5 includes the most famous artificial islands .Their creation took years of work, billions of dollars and millions of tons of soil.

The Republic of Minerva is a self-proclaimed mini-state that lies south of the Fiji Islands. His founder was Michael Oliver, an American millionaire with Lithuanian roots. In 1972, he decided to found his own state free from taxes, subsidies and benefits. According to his plan, the main forms of income for the citizens of Minerva were to be tourism, fishing and light industry. To implement his idea, Oliver rented several barges, with which he poured an artificial island on coral reefs, declaring it Republic Minerva. All would be nothing, but the authorities of the state of Tonga considered these reefs their territory. The landing force of the Tongan army raised its flag over Minerva.

4. God's Mother on the Rock, Montenegro 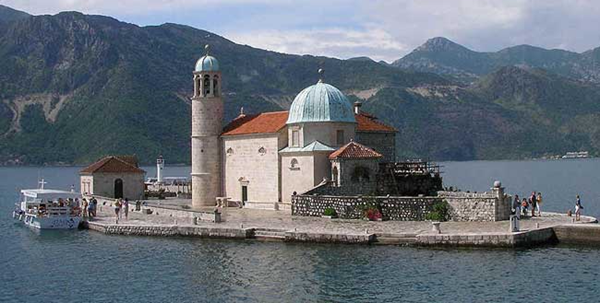 The fashion to build artificial islands is not the trend of recent decades. In 1452, in Montenegro, two man-made islands were built by the two fishermen brothers, and later a church was erected on it. Legend has it that in 1453 on the sea cliff sailors found the miraculous icon of the Virgin, who cured them of the disease. Over the next two centuries the inhabitants of the city poured an entire island over a small cliff, and in 1630 the church of the Virgin was built on it. To create the island used old flooded ships and stones, which brought here all passing ships. This tradition( throwing stones into the water) is now preserved in the form of Fashinad, during which a colorful marine regatta is held.

The excessive traffic of the old airport of Kai Tak prompted the authorities of Hong Kong to build the most expensive facility, a new modern airport in bulk areas. As a result of the creation of the artificial island of Chkheklakkok, Hong Kong's total area increased by 1%.At the ConExpo conference in 1999, the construction of the airport was recognized as one of the main achievements in the construction of the 20th century. And the project was even listed in the Guinness Book of Records as the most expensive airport in the world. 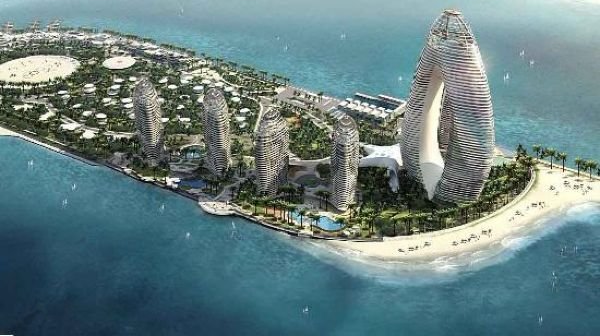 The class of millionaires and billionaires has already grown in the People's Republic of China. For them this elite island is intended. It is located south of Hainan Island and is connected to it by a bridge of 395 meters in length. Phoenix Island has an oval shape measuring about 1100 by 370 meters, and the island area is over 365,000 square meters. The island began to be poured in 2008, and now the territory is actively developing. The work completion date is 2014.The total cost of the project is about $ 700 million.

1. The World Archipelago and the Palm Islands, UAE

303 artificial islands poured in the Persian Gulf into the waters of the United Arab Emirates are arranged in such a way that they form a map of the world. Each of these islands can be purchased privately. Not far from them the Palm Islands are the most famous in the world. Each island is made in the form of a palm tree and has its name: Palma Deira, Palma Jebel Ali and Palm Jumeirah. Built up to date is only Palm Jumeirah, where hotels, private households and shopping and entertainment centers are located.