Rating of cities in the world with the longest traffic jams
April 9, 2018

Rating of cities in the world with the longest traffic jams

Standing in a traffic jam - what can be more frustrating for a motorist? Unfortunately, in large cities, traffic jams are already a common phenomenon. INRIX company, which provides a lot of Internet services and mobile applications related to traffic, made a rating of the world's cities with the longest traffic jams .In the course of the study, road situations were analyzed in 1,064 megacities from 38 countries. The study did not rank the cities of Japan and China, because there INRIX does not collect its data.

Here's how the top ten most overloaded cities of the earth are on the road.

The time that drivers spend annually in traffic jams - 65 hours.

In Miami congestion on roads increases by 40% during the morning peak hours and by 60% in the evening. The absence of turmoil in the US economy, the continuation of the urbanization process, the growth of employment and low gas prices contribute to an increase in the number of cars not only on the roads of Miami, but also in other cities of democracy.

Weak consolation for Parisians can be that they look at the bumper in front of a standing car less than residents of London or Moscow.

This is a popular city, traffic jams in which there are about 1,861 dollars of lost profit to motorists. In general, losses from traffic jams for the city are about 3.1 billion dollars. Despite Brexit in 2016, in the UK fuel prices remained low, and employment rose to an 11-year high. These reasons have influenced the traffic on London roads and contributed to an increase in the duration of the "resorption" of traffic jams. 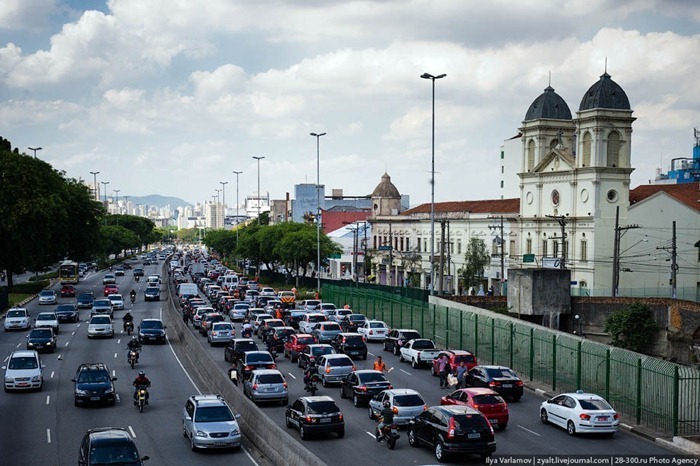 Brazil in general and São Paulo in particular are notorious for their traffic jams. The city even had to launch the Uber taxi service from the airport to the city center in order to withstand the surprisingly long journey time on the roads. But despite such measures, Sao Paulo is consistently included in the list of the worst cities for motorists. June 10, 2009 there was recorded 293-kilometer traffic jam - the longest in urban history. It was the result of a huge number of people wishing to leave the city on the eve of the feast of the Body of Christ, and also did not stop several hours of rain. And, judging by the results of the INRIX study, the situation on the roads in São Paulo does not improve with time. 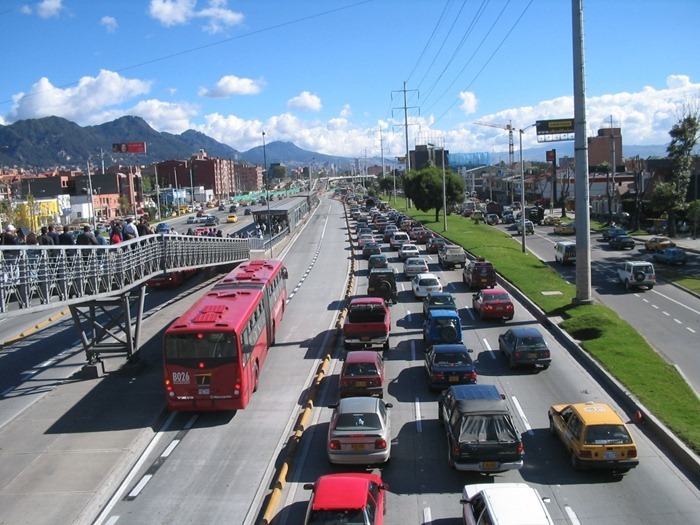 The capital of Colombia is known not only as a city of magnificent old churches, original sculptures on the roofs and many museums( including the only Gold Museum in the world with the largest collection of gold ornaments), but also as a city of perpetual traffic jams. Therefore, if you decide to spend a vacation in Bogota, it is better to use buses( they go on dedicated lines) or go on foot. 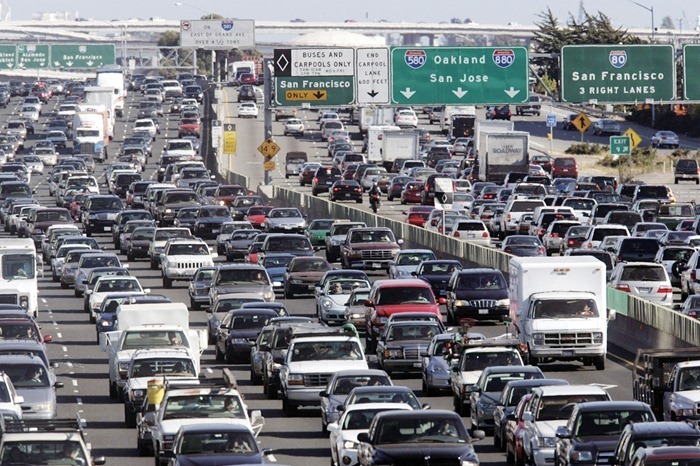 City authorities argue that in such long traffic jams, the positive for San Francisco reasons are the increase of jobs and active entrepreneurial activity. The shortcomings of these phenomena for citizens, in addition to traffic jams, include environmental pollution and, possibly, an increase in the blood pressure of all road users. 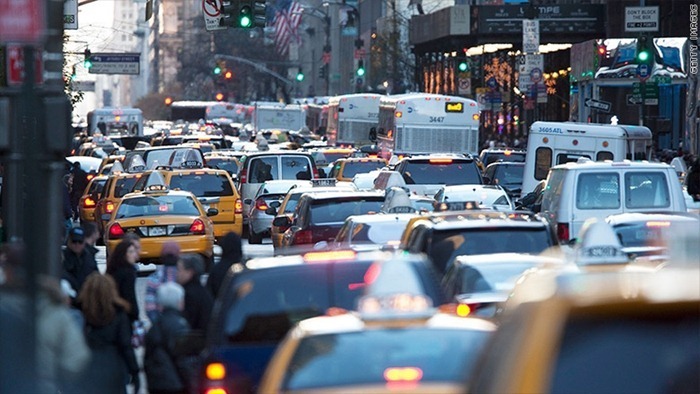 On the roads of the "Big Apple", as they say, the apple has nowhere to fall. The movement increases in the summer, when about 2 million New Yorkers travel for summer weekends. In addition, the decline in oil prices has saved about 45 cents per gallon for motorists, compared to last year, and this has led to an increase in the number of cars on New York roads. The worst days for New York drivers are Friday and Monday. Many urban residents try to avoid suffering from long waiting in traffic jams, resorting to alternative modes of transport. In New York, for example, almost a third of all citizens use public transport. This is more than in any other city in the USA. In second place in the top 10 megacities with the biggest traffic jams in 2017 is the Russian capital. In the morning rush hour in Moscow, about 106% of congestion is recorded, and in the evening this figure increases to 138%.The worst days of traffic were recorded in December 2016, when traffic on the streets was slowed due to heavy snowfalls.

When it comes to getting stuck in traffic on the way to and from work, there is no equivalent to Los Angeles. Road traffic in this city is greater than in San Francisco and New York. And the level of congestion on the road increased by 10% over the past seven years. As early as 2013 drivers in Los Angeles wasted not 104, but 64 hours.

According to INRIX experts, traffic congestion costs drivers, on average, $ 1,400.The authors of the study also noted that an increase in traffic congestion in 2016 reduced the quality of life in the cities studied, but the situation is unlikely to improve in the near future.

Stand for lids of pots with their hands: a home-made device for the kitchen October 5, 2019
Napkins of beads: the complex weaving scheme beautiful openwork scarf step by step October 5, 2019